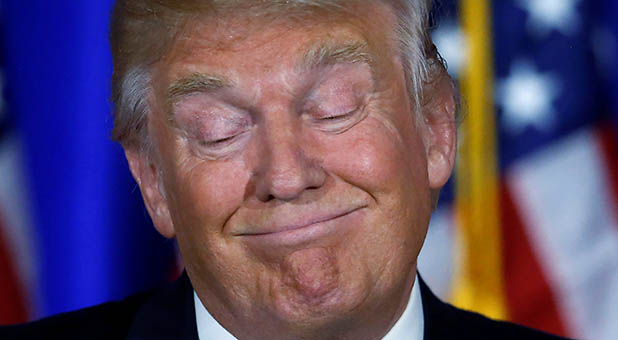 The rising American debt — which currently stands at $21 trillion, and growing — is an enormous threat to the U.S. economy, economists warn, but President Donald Trump tells advisers who warn him about the massive federal debt crisis that he’s not worried because the debt bomb will explode after he’s no longer in office.

According to a report from The Daily Beast, top administration officials approached Trump in 2017 to make him aware of the debt and how it had been drastically increased by the tax scam bill which cut taxes for the richest Americans:

“Senior officials offered Trump charts and graphics laying out the numbers and showing a ‘hockey stick’ spike in the national debt in the not-too-distant future. In response, Trump noted that the data suggested the debt would reach a critical mass only after his possible second term in office.

“‘Yeah, but I won’t be here,’ the president bluntly said, according to a source who was in the room when Trump made this comment during discussions on the debt.”

Yet when Barack Obama was president, Trump frequently attacked him for the rising federal debt:

Remember, as a senator, Obama did not vote for increasing the debt ceiling http://t.co/wTQ96Itg I guess things change when President?!

And when the debt was brought up by Congressional Democrats in 2017, Trump again blamed Obama:

Funny to hear the Democrats talking about the National Debt when President Obama doubled it in only 8 years!

Whenever Trump or members of his administration are asked what they’re doing about the national debt and future debt crisis, they always resort to talk of economic growth taking care of the matter. But the disastrous results of their 21st century trickle down policies can already be seen all over the country:

“Economic growth increased over the past year—including a robust 4.1 percent in the second quarter of 2018—but the federal deficit has ballooned as well, in part because the government has taken in less revenue because of the tax cuts. Current forecasts are not too rosy about the future economy.”

Trump’s trade policy and excessive tariffs on imports is also taking its toll. GM recently announced it would be cutting at least 15,000 jobs and closing five plants in the U.S. and Canada. And on Tuesday, the Dow Jones Industrial Average plunged 800 points due to uncertainty over the trade war with China.

If the country goes into a recession as Trump is gearing up for his re-election in 2020, his lack of concern over the debt crisis may come back to haunt him sooner than he ever imagined.