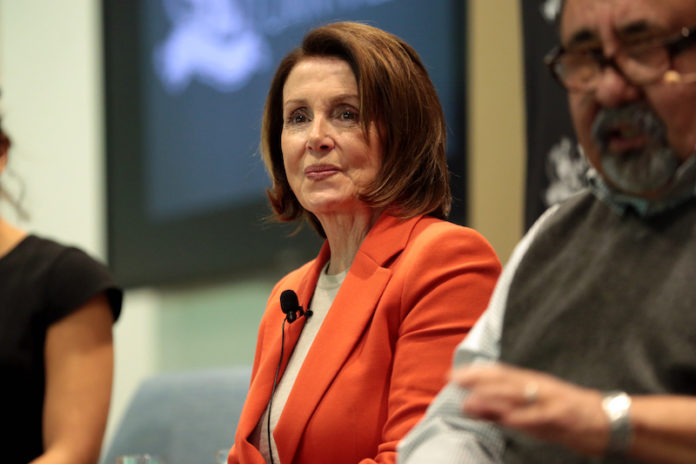 The longest government shutdown in the history of America now belongs to President Donald J. Trump. To be clear, it always did, according to the president’s own words. In a now-infamous meeting with Senate Majority Leader Chuck Schumer and House Speaker Nancy Pelosi, Trump took full responsibility for a shutdown over funding for a border wall, and even claimed to be proud of it.

With no one to blame and options running low, Trump is looking for some way out of his manufactured crisis. The problems with the proposal are numerous — a border wall is an ineffective control for crime, immigrants commit less crime than natives, a border wall is physically infeasible, it is unlikely to quell drug trafficking, and seeking asylum is not a crime (despite the president’s vilification of asylum seekers.)

The president’s first line of attack came from his Acting Chief of Staff Mick Mulvaney, who argued that Democrats were willing to provide some border wall funding, but that Nancy Pelosi was holding the process up. Unfortunately for Trump, polling suggests that a majority of Americans still hold him responsible for the shutdown.

The idea of the border wall was always built on sand. The president seems shocked by the intractability of Democrats on the issue of granting him funding or even compromising on an amount, but the reason is simple — Democrats have no need to compromise because they are not, as Republicans are, beholden to make a political reality out of a fantasy to voters who don’t recognize that it was a fantasy to begin with. As with the failed repeals of Obamacare in 2017, Republicans are anxious because they promised their base things they knew would not work, and now feel the pressure to make good on their promises.

The president then tried a different tack. The White House sent invitations to five moderate House Democrats for a White House lunch meeting. This led to speculation that the Trump administration was trying to pick off what it considered as “weak” Democrats, putting pressure on Pelosi and Schumer to reconcile and grant his funding. Not a single Democrat attended the lunch meeting.

As an aide close to the talks told Vox:

“I think they’re trying to pick off certain people and see if they can get them,” a Democratic aide close to the talks told Vox. “I don’t understand what he’s trying to get out of this, other than a silly photo op. Nothing can happen without leadership. They need to agree on this.”

In classic Trump fashion, this episode both misunderstands the nature of government and failed spectacularly. Firstly, Democrats that are not the House leadership cannot negotiate deals to re-open the government — Trump will have to deal with Pelosi and Schumer. Secondly, the fantastical nature of the border wall is enough to dissuade Democrats from providing funding for any of it, and it is also proving enough to dissuade some Republicans. Blaming Democrats is not working because the president has already accepted responsibility for the shutdown, and Senate Majority leader Mitch McConnell has refused two House-passed bills to re-open the government.

In short, congressional Democrats, Republicans, and the American people want to end the shutdown and resume paying 800,000 furloughed federal workers. This means that the only thing keeping it closed is the man in the Oval Office holding it hostage.