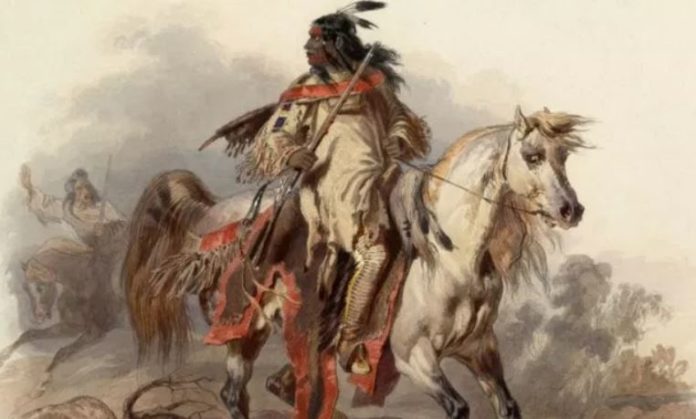 Warren officially announced her 2020 presidential campaign earlier this month and is among the few Democrats favored to challenge Trump. Her progressive economic views and advocacy on behalf of consumers makes her a popular choice.

In an effort to identify with most Americans, Warren posted a video of herself at home with her husband drinking a beer. And that was apparently enough to trigger Trump, who took to Twitter to attack her while insulting Native Americans in the process.

If Elizabeth Warren, often referred to by me as Pocahontas, did this commercial from Bighorn or Wounded Knee instead of her kitchen, with her husband dressed in full Indian garb, it would have been a smash! pic.twitter.com/D5KWr8EPan

Best line in the Elizabeth Warren beer catastrophe is, to her husband, “Thank you for being here. I’m glad you’re here” It’s their house, he’s supposed to be there!

The desperate tweets came just after Trump childishly attacked Amazon founder Jeff Bezos using playground insults in a post that spectacularly backfired since he accidentally admitted that the National Enquirer is telling the truth about him and his former fixer Michael Cohen committing campaign finance felonies.

The tweets about Warren were especially offensive to Native Americans, who took to Twitter to blast Trump’s racism.

Comrade Trump, Little BigHorn was a battle between warriors and soldiers.

Wounded Knee was a massacre of innocent Sioux women and children.

Pocahontas was raped by a white man when she was only 12 years old.

+300 of my people were massacred at Wounded Knee. Most were women and children. This isn’t funny, it’s cold, callous, and just plain racist. pic.twitter.com/9xgnSUTp4k

As a Native person, Puyallup Tribe, I can’t begin to tell you how angry and sickened I am by this tweet. When the hell will his racism stop??? And for anyone who laughs at his ‘joke’, a pox on your house. https://t.co/r0tmipo2Qf

Thank you for knowing and acknowledging Wounded Knee. It happened December 29, 1890, and we never forget…and now I will never forgive Trump for using our dead as a joke.

Lord Farquaad struggles with the idea that somebody might have a happy marriage. He essentially married his escort. The fact he has cheated on @FLOTUS on more than one occasion is well documented. Tweets like this just project his shame. Sad!

Your racist tweet is a disgrace, and it dishonors the high office you hold.

For her part, Warren has not responded to Trump’s attack, choosing to focus instead on the important issues such as the government shutdown that is hurting thousands of federal workers. You know, like a real leader.

24 days into the #TrumpShutdown and over 800,000 federal employees have already missed 1 paycheck.

How many more before Republicans stop crushing working families and re-open the government? Time to end this.