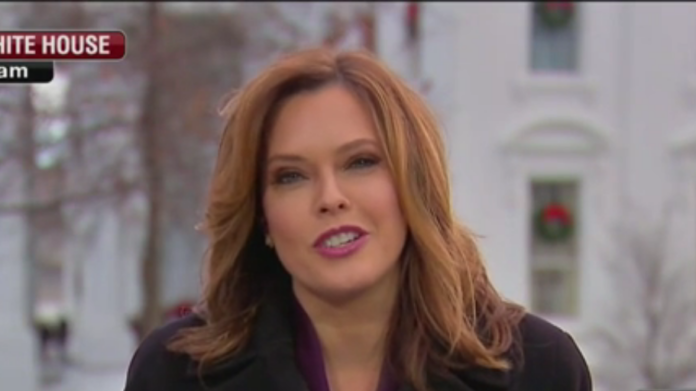 Even though staffers are abandoning the Trump administration left and right, the president is under criminal investigation on multiple fronts, and a government shutdown is imminent in four days, White House spokesperson Mercedes Schlapp asserted on Monday that there is absolutely no “chaos.”

Remarkably, Schlapp managed to make her comments without bursting into uncontrollable laughter.

Appearing on the Fox Business show “Varney & Co.,” Schlapp was asked by host Stuart Varney for her response to the word “chaos” being used to describe the current administration. Schlapp replied:

“It’s laughable. I just got out of a meeting with the president and his team and we’re very focused on, right now, dealing with ensuring that we increase funding for border security. We are very focused in the upcoming year [on] dealing with a House of Representatives controlled by Democrats.”

What Schlapp neglected to mention is that funding for the president’s preposterous border wall is what threatens to lead to a government shutdown on December 21. Also, just last week Trump said he would gladly allow Washington to grind to a halt if he doesn’t get billions for the wall.

“Here at the White House, we’re focused on policy results. We’re focused on President Trump’s victories and his commitment to help the American people.”

Policy results? Like what, exactly? What has Trump accomplished since he took office two year ago? He managed to pass a tax cut for millionaires and billionaires, start a trade war, and tank the stock market, which is currently down nearly 400 points again today.

Oh, and if you were wondering whether or not Trump will stay in Washington in case he’s needed to help prevent the pending shutdown, Schlapp confirmed that the president is headed to Mar-a-Lago for an extended holiday vacation that won’t end until after the New Year.

Chaos? Hell, you have to actually be doing some kind of actual work to qualify for chaos.

Here’s the video. The segment with Schlapp begins at about the 30:34 mark: