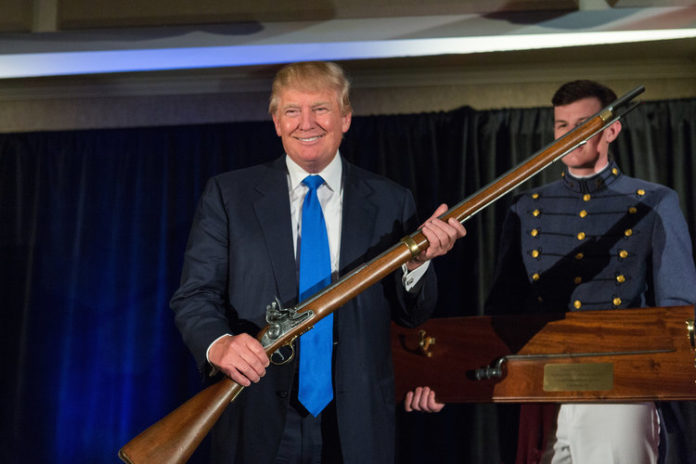 In the surest sign yet that President Donald Trump and Republicans are indeed worried that the 2020 election is going to be an uphill climb for them, Trump is now endorsing a debunked conspiracy theory that Democrats will try to “eliminate” the Second Amendment.

On Twitter, Trump retweeted an article from right-wing website Breitbart in which Rep. Mo Brooks (R-AL) claimed that Democrats are pushing for gun control in the aftermath of recent mass shootings as part of a larger agenda to eliminate the right to bear arms. Here’s a screenshot of the Trump retweet, just in case the president decides to delete his posting: 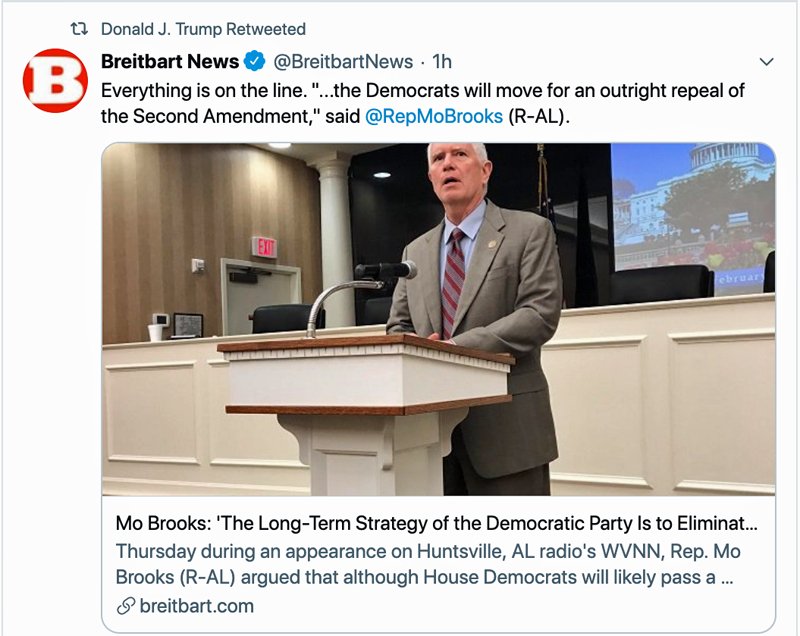 The story itself quoted remarks Brooks made in a radio interview on “The Jeff Poor Show” out of Huntsville, Alabama, in which Brooks had this to say:

What Brooks failed to mention is that repealing an Constitutional amendment takes the approval of two-thirds of the 50 state legislatures. In other words, it’s virtually impossible, especially on an issue as divisive as guns and gun rights.

Rep. Brooks then elaborated on his ridiculous assertion, telling the radio host:

That’s just a load of bull. No leading Democrat has called for repealing the Second Amendment, and the overall consensus of the Democratic Party is that the Constitution allows for common sense gun control laws. The Supreme Court has issued numerous rulings to that effect, too. The most recent in that regard was United States v. Heller in 2008.

As the 2020 election gets closer and Trump’s trade war drags the U.S. economy into recession, you can expect the president and members of his party to turn to fear and hatred as their so-called “issues.”