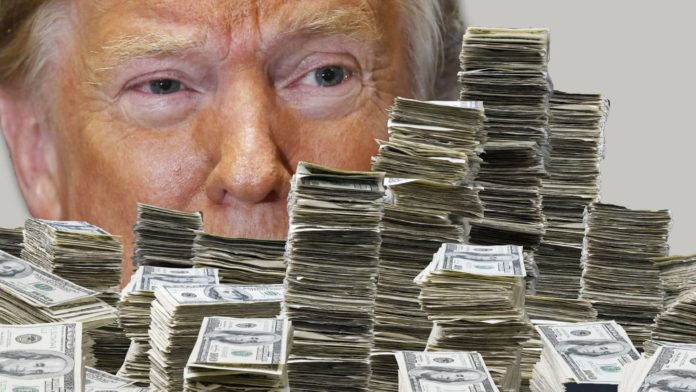 Apparently, President Donald Trump believes that he doesn’t have to pay any bills at all as he dares to travel to El Paso in the wake of a white nationalist terrorist attack there even though he still owes the city $500,000.

Back in February, Trump held a MAGA rally in El Paso at the border in yet another desperate effort to promote his wall, which the city and most other border residents don’t support.

During that rally, a Trump supporter attacked a BBC cameraman as Trump himself continued to spew the same kind of hateful and racist rhetoric that incited a mass shooting that left 22 people dead and shook the nation, which is another reason why El Paso vehemently opposes his visit.

In the end, Trump’s rally paled in comparison to the competing rally held by 2020 Democratic presidential candidate Beto O’Rourke, who drew twice as many people. But Trump didn’t just leave El Paso that month with his tail tucked between his legs. He left a bill totaling $470,417.05 that he still owes the city for providing resources to accommodate his rally.

Beto, on the other hand, already paid off his bill three months ago.

And it’s not like Trump can’t afford to pay. After all, he claims to be a billionaire and his campaign has raised over $100 million.

Failure to pay the bill could end up coming back to bite Trump on the a**, especially since he plans on going back to meet with the families of victims killed by the terrorist attack. A letter sent to him in May suggests the city could refuse to accommodate Trump and his campaign in the future.

“We are contacting you regarding the invoice(s) listed above,” the letter said. “We realize this may be an oversight on your part; however, your account with the City of El Paso is extremely past due. Your obligation to pay the invoice listed will remain on the City’s books indefinitely until the debt is paid in full. Furthermore, the City may choose to not enter into a contract with an individual that is indebted to the City for more than $100.00.”

Trump certainly owes a hell of a lot more than $100.00, and his debt is actually doing great harm to city services such as police, EMTs and firefighters, the very people who responded to the mass shooting on Saturday.

“Our resources are really strained right now,” El Paso City Council member Alexsandra Annello said in a statement. “Our police and fire are exhausted, our health department had for three days straight been working with the reunification of families. As you see from the bill, these are the services required for a presidential visit. In addition to financial costs, our community and resources are already strained and do not need this extra burden.”

Frankly, El Paso should stop sending letters and file a lawsuit. Because the courts will make him pay.