The United States Blues
Home National News Trump suggests two years be added to his term in office as... 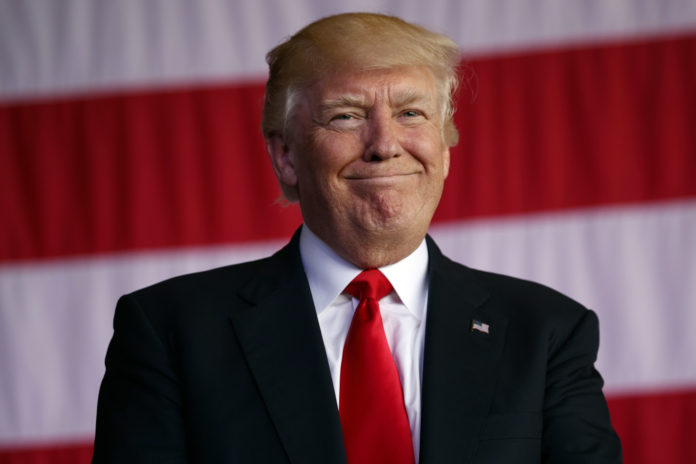 As part of his continued attempt to pretend the report from Special Counsel Robert Mueller totally exonerated him (it didnt — far from it), President Donald Trump is now trying to suggest that two years should be added to his term in office as a form of “reparations” for the Russia investigation.

After the best week ever for @realDonaldTrump – no obstruction, no collusion, NYT admits @BarackObama did spy on his campaign, & the economy is soaring. I now support reparations-Trump should have 2 yrs added to his 1st term as pay back for time stolen by this corrupt failed coup

And then Trump was off to the proverbial races, doubling down on Falwell’s patently absurd claim:

Despite the tremendous success that I have had as President, including perhaps the greatest ECONOMY and most successful first two years of any President in history, they have stollen two years of my (our) Presidency (Collusion Delusion) that we will never be able to get back…..

….The Witch Hunt is over but we will never forget. MAKE AMERICA GREAT AGAIN!

“Stollen,” Donald? Really? Greatest economy? Not even close. Most successful first two years of any President in history? Do a Google search on the name Franklin D. Roosevelt, Donnie.

The reaction from Twitter to Trump’s BS was immediate:

You’re an idiot. You’ve stolen two years of the lives of American citizens that we can never get back. Two years filled with rising white supremacy, hatred, violence, and more lies than we’ve ever heard in history.

1. It’s *STOLEN* not “stollen.” Anyone who has STOLEN as many things in his life as you have should know.

2. You are riding on the coattails of a HUMMING economy handed to you on a silver platter by President Obama.

Stollen is a German fruit bread.

You can’t have it both ways. Either the two years have been great or you have lost them to the investigation. Choose your stance.