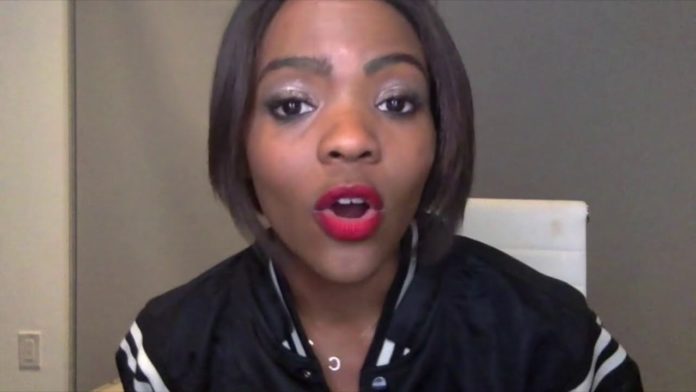 Candace Owens, who serves as communications director for the pro-Trump conservative advocacy group Turning Point USA sent out an incredibly insensitive tweet in response to the horrific mosque shooting in Christchurch, New Zealand, that left 49 worshipers dead and wounded nearly 50 others.

The shooter, who has been identified as Brenton Tarrant, posted a 74-page manifesto online shortly before he allegedly shot up the New Zealand mosque. The screed, which took the form of a question and answer format, included this line:

“Is there a particular person that radicalized you the most?

“Yes, the person that has influenced me above all was Candace Owens. Each time she spoke I was stunned by her insights and her own views helped push me further and further into the belief of violence over meekness. Though I will have to disavow some of her beliefs, the extreme actions she calls for are too much, even for my tastes.”

When Owens read of Tarrant’s reference to her, she posted this on Twitter:

FACT: I’ve never created any content espousing my views on the 2nd Amendment or Islam.

The Left pretending I inspired a mosque massacre in…New Zealand because I believe black America can do it without government hand outs is the reachiest reach of all reaches!! LOL! https://t.co/4vM1aXleL4

She then followed up that tweet with this one:

HAHA OMG you racist Leftists are taking your racism and crazy to a whole new level hahah.

“Black people don’t have to be Democrats” now means…mosque shootings in New Zealand?

This clearly won’t stick but damn if I won’t grow #BLEXIT highlighting your sheer desperation. 😂😂 https://t.co/4vM1aXleL4

You are a disgusting human.

The proverb “Birds of a feather, flock together” comes to mind…

On the right, Candace Owens with Jacob Rees-Mogg and Steve Baker, just days ago.

Rees-Mogg has a close association with ‘The Bruges Group’, an organisation that publishes racist conspiracy theories about Muslims. pic.twitter.com/PCYxuUKJtV

in addition to being an awful human being you are a liar pic.twitter.com/oUMo4nz4Gy

It should be noted that just a few weeks ago, Owens also praised Adolf Hitler in a speech she gave, remarking:

“So when you think about, whenever we say ‘nationalism,’ the first thing people thing about, at least in America, is Hitler. You know, he was a national socialist, but if Hitler just wanted to make Germany great and have things run well, okay fine.”

Fine? LOL? Candace Owens is nothing but a cold-hearted, disgusting Trumpkin who doesn’t care about anyone but herself. In other words, she’s the typical Trump acolyte.