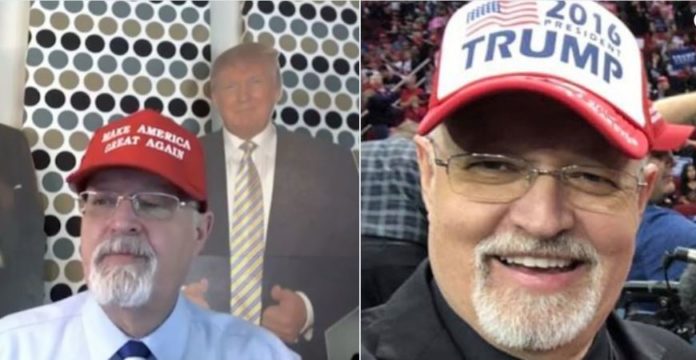 Donald Trump’s presidential library will likely be home to many instances of him advocating and condoning violence. His rallies often sent a hostile message to his enemies, including specifically offering to pay the legal fees of anyone arrested for violence. And America has seen a rise in hate crimes, including one Trump supporter sending bombs to the president’s political foes in late 2018. The list of targets included Maxine Waters, The Obamas, The Clintons, and multiple CNN offices.

The Trump presidency has also overseen a surge in out-of-control conspiracy theories. This includes stories like PizzaGate. An armed Trump supporter arrived at a family restaurant on faulty intel that Hillary Clinton was running a child sex ring in the basement (Comet Pizza does not have a basement).

The ugly specter of hate crime reared its head again recently when a conservative radio host and Trump supporter arrived at a library to break up an event. According to the Independent, what drew him there was a drag queen who was reading to children.

A Donald Trump supporter reportedly armed with a gun barged into a Texas library in an attempt to stop a drag queen reading books to children.

James Greene was arrested on suspicion of trespassing after refusing to leave Houston’s Freed-Montrose Library, but claimed he was detained for being a “white Christian” and accused staff of satanism.

Mr. Greene “We have a bunch of homosexuals that are molesting children …“They are doing it with your help,” he allegedly told officers.

According to the Independent, this is not the first time Mr. Greene has pulled a stunt like this, being banned from the same library for filming children while he interrupted similar events.

After the protest, Greene uploaded a Facebook video recounting his experience, showcasing pictures of his wrists, allegedly cut by the handcuffs police officers placed on him. Greene claimed that police couldn’t expel him because he was a “member of the press.”