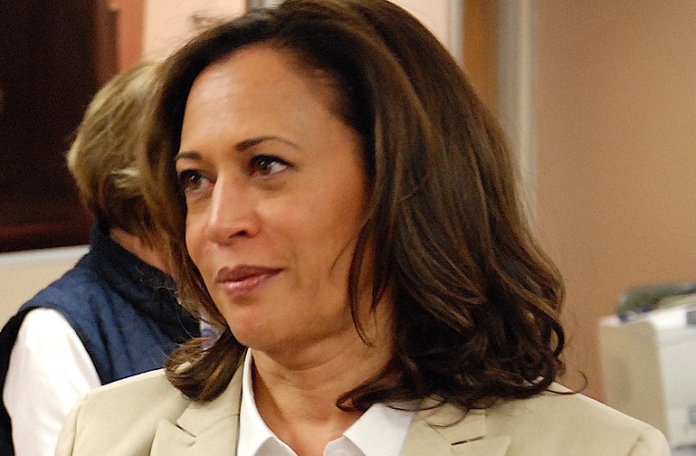 A troll who supports President Donald Trump launched a racist birther conspiracy theory on Tuesday to attack and undermine Senator Kamala Harris (D-Calif.), who recently declared her candidacy for the presidency in 2020.

“Justice. Decency. Equality. Freedom. Democracy. These aren’t just words. They’re the values we as Americans cherish. And they’re all on the line now,” Harris said on Martin Luther King Day in an announcement declaring her intention to run for the highest office in the land. “The future of our country depends on you and millions of others lifting our voices to fight for our American values. That’s why I’m running for president of the United States. I’m running to lift those voices, to bring our voices together.”

Harris is the first African-American woman to announce a bid for the presidency, instantly making her the top contender among the many Democrats who have already declared, which makes her the top threat to Trump.

And that’s why Internet troll Jacob Wohl desperately revived Trump’s birtherism on Twitter by accusing Harris of being unqualified to run for president:

Kamala Harris is NOT eligible to be President. Her father arrived from Jamaica in 1961—mother from India arrived in 1960

Neither parent was a legal resident for 5 years prior to Harris’s birth, a requirement for naturalization

Kamala was raised in Canada

Just like the worst President in American History, Barack Hussein Obama, Kamala Harris was NOT raised in the United States

Is it too much to ask to have a President that was born and RAISED in America? pic.twitter.com/PxIhv3ZF7v

And before you worthless leftist trolls call me a “birther”, read the confirmation that Barack Hussein Obama was indeed raised in Jakarta, Indonesia https://t.co/0pHxLkt2dI

First of all, the Constitution says nothing about a candidate’s parents having to be born in the United States.

Harris was born in Oakland, California in 1964 three years after both of her parents had already immigrated to the United States. Just being born in the United States makes her an automatic citizen by birth according to the 14th Amendment. Her mother moved to Canada after the marriage ended and Harris spent her childhood living in Canada, but that does not remove her American citizenship.

Wohl is a desperate racist troll for launching such a slanderous conspiracy theory against a sitting United States senator, and it’s clear that conservatives are going to use this racist birther strategy to undermine her campaign because she is the biggest threat to Trump’s re-election chances, assuming he isn’t indicted or impeached before his first term ends.

But just like it failed against former President Barack Obama, it will also fail against Harris, who is generating the kind of excitement this country experienced when Obama ran in 2008.