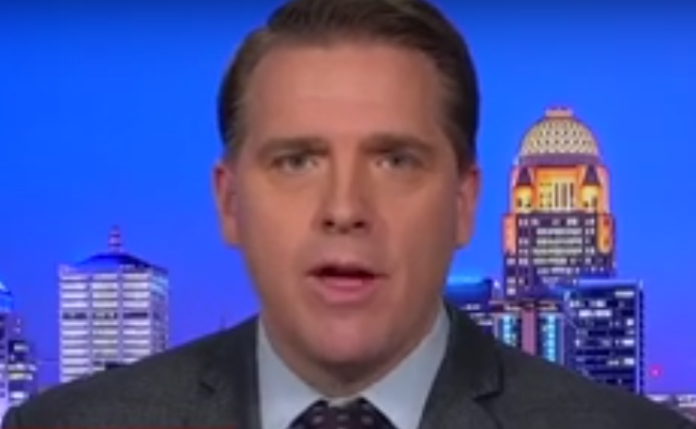 One of President Donald Trump’s own supporters rebuked his attacks on the late-Senator John McCain (R-Ariz.) early Thursday morning.

On Wednesday, Trump spoke at a White House event in Ohio where tanks are manufactured for the military.

Rather than deliver dignified remarks at the event, Trump once again lashed at McCain’s ghost, this time claiming that he had to approve McCain’s funeral and that he deserves credit and gratitude from the McCain family.

“I gave him the kind of funeral that he wanted – which, as president, I had to approve,” Trump said. “I don’t care about this, but I didn’t get a thank you. That is OK. We sent him on the way, but I wasn’t a fan of John McCain. I have to be honest, I’ve never liked him much.”

The McCain family certainly did not appreciate Trump’s remarks, and neither did the crowd, who remained silent during the tirade.

The fact is that it was Congress’ decision to let McCain lie in state at the Capitol Building, not Trump’s. The church service and the burial were also not up to Trump.

But what is up to Trump is whether or not he continues attacking a dead war hero who cannot defend himself.

Scott Jennings, a former assistant to former President George W. Bush and a Trump supporter, urged Trump to cease the attacks and publicly rebuked him during an appearance on CNN.

“Although we have these conversations frequently regarding President Trump, he says things that people cringe at or wish he wouldn’t say and then you have the conversation with yourself,” he continued. “‘If I speak out against him, if I say stop, is this going to modify his behavior?’ And I think most Republicans have concluded that it would not modify his behavior.”

“It’s beyond cringe-worthy to hear someone speak of an American hero like John McCain in the way Donald Trump is,” Jennings concluded. “The man is dead, the man sacrificed for our country, there’s every reason to leave this alone!”

He went on to observe that Trump’s attacks don’t help the Republican Party or himself heading into 2020.