The United States Blues
Home News ‘The Mooch’ tries to defend Trump’s racism and gets brutally shut down... 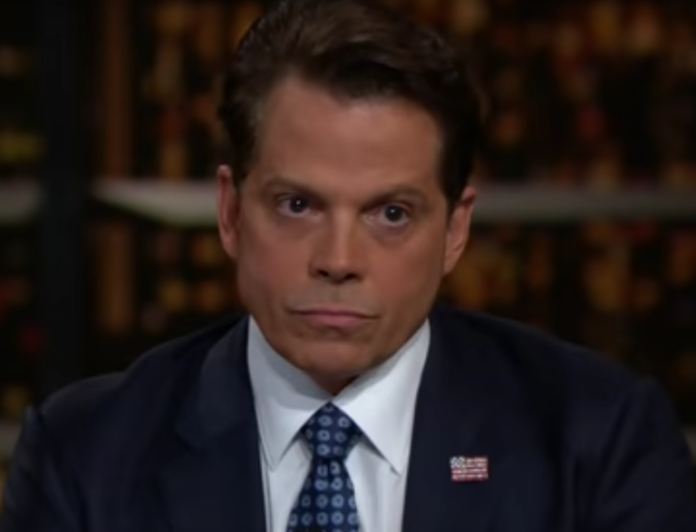 President Donald Trump received support from his friend and former White House staffer Anthony Scaramucci on Real Time with Bill Maher on Friday night, and he got brutally shut down for defending Trump’s racism by Washington Post columnist Catherine Rampell.

Trump’s racist rhetoric has already incited a mass shooting in El Paso and it threatens to divide our nation like never before. Republicans, of course, won’t call him out or stand up to him. And that really does include Scaramucci, who defended him after Maher pointed out that Trump likely has malignant narcissistic personality disorder, an observation supported by Kellyanne Conway’s husband George Conway and others.

Maher then turned to Scaramucci fully expecting him to defend Trump.

“What I’m astonished by is the lack of courage of Republican elected leaders, not to pick up the phone and call him out or call him out on TV,” Scaramucci said, going on to predict that Trump’s support will somehow shatter just as former Senator Joe McCarthy (R-Wisc.) saw his support diminish when he went too far in his bogus hunt for communists in America several decades ago.

But Rampell wasn’t buying it.

“It’s beyond they need to pick up the phone and tell him to stop saying the stupid racist sh*t,” she said. “They need to distance themselves from him, and so do you, frankly.”

Indeed, Republicans not only refuse to tell Trump to knock it off, they won’t distance themselves from him either. In fact, the worse Trump behaves, the tighter they circle the wagons around him.

Scaramucci then tried to play the patriotism card.

“I’m an American, I love my country,” he said, drawing yet another rebuke from Rampell.

“You can love your country and hate the racism,” she said. “But you act like this is a one-off slip of the tongue, this is his whole career.”

Trump’s friend insisted that Republicans should talk to Trump, but Maher once again noted that they can’t talk to him because he won’t listen because he’s a giant narcissist.

That’s when Rampell nailed just how bad Trump’s racism is.