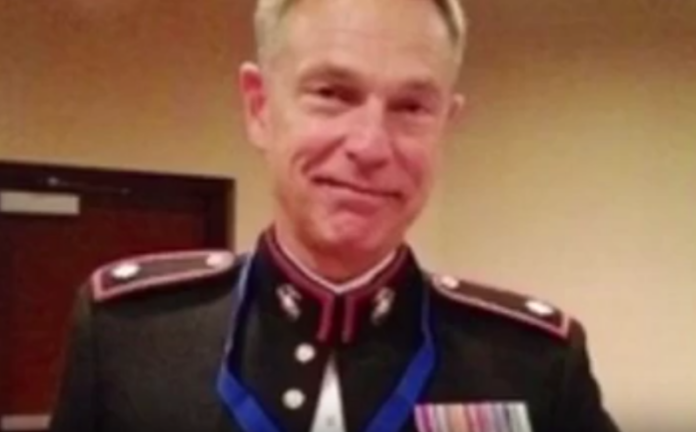 Former New Hampshire Republican lawmaker Michael Moffett, a rabid supporter of President Donald Trump, is begging him to not seek re-election in 2020 in an open letter published this week.

As we all saw in this recent midterm election, the American people served a referendum on Trump by giving control of the House back to Democrats in a landslide. Democrats also captured governorships and there are still outstanding races yet to be decided in Florida and Arizona that will determine how much control Republicans will have in the Senate.

Most of the candidates Trump backed in the election lost their races, and that doesn’t look good for him in 2020 as many of the swing states he narrowly captured in 2016 swung Democratic this time, signaling that Trump could very well lose them in 2020.

Michael Moffett, a retired professor who served in the New Hampshire House of Representatives, is still very much a Trump fan but wants the president to consider stepping aside so that another less controversial Republican can step in.

Of course, Moffett was careful to make sure he first stroked Trump’s narcissistic ego:

“Lower taxes, less regulation, fairer trade policies, enhanced border security, solid judicial appointments, low unemployment and a booming economy have all combined to strengthen a case for your reelection,” Moffett began. “Our country has done well during your tenure. Thank you!”

Except it really hasn’t. Trump is directly benefiting from the economic achievements under former President Obama, which have continued to this day even as Trump starts trade wars that are causing rising prices and job losses. Trump has only made the immigration issue worse by caging children in internment camps, and it was his racist rhetoric that cost Republicans dearly on Tuesday when Americans rejected it at the ballot box.

Furthermore, Trump’s nomination of Brett Kavanaugh to the Supreme Court was NOT a “solid” choice. He allegedly attempted to rape a woman and embarrassed and perjured himself during Senate testimony.

Anyway, Moffett went from kissing Trump’s ass to begging him to step aside.

“So why does this open letter implore you not to run for reelection?” he asked before going on to argue that a different Republican would safeguard his policies from a Democrat who would supposedly enact socialism across the land.

“You like blunt straight talk, right, Mr. President?” Moffett continued before laughably claiming that Hillary Clinton is “craven and corrupt,” apparently ignoring Trump’s multitude of scandals including being investigated for obstruction of justice and conspiracy against the United States.

But at least Moffett conceded that Clinton won the popular vote:

“As craven and corrupt as your 2016 opponent was, she still outpolled you by almost 4 million votes. Razor thin margins in Midwestern battleground states gave you the necessary electoral votes, but the mid-term elections just showed that you shouldn’t expect a reprise of 2016 in 2020.”

And Republicans who ran in 2016 are not likely to step aside for Trump in 2020, especially after the way Trump treated them in the primary.

While you could certainly count on folks like myself, would we be enough, given Republican Establishment realities? Don’t expect Low Energy Jeb to help much. Or Little Marco. Or Lying Ted. Or Carly. Or Kasich. Or the McCain people. On and on.

He went on to point out that Trump is the biggest issue on the ballot in 2020, which favors Democrats who ran successfully on an anti-Trump message this year.

Moffett then compared Trump to George Washington and Theodore Roosevelt by asking him to leave on his terms instead of being forced out in defeat after one term.

You have a wonderful opportunity, with things on the upswing, to step away on your own terms. George Washington, Teddy Roosevelt, Calvin Coolidge and others left their presidencies on their own terms — and history has been kind to them.

It should be pointed out that Carter’s presidency has been fondly reconsidered by historians in recent years.

Moffett then concluded by asking Trump to do the impossible and put his ego aside.

“Let your final decision reflect courage and wisdom — not ego and hubris,” he said.

This has got to be the most delusional open letter to Trump ever written. Moffett does a lot of fan-girling over Trump before asking a man without dignity to keep his by not running for re-election as if that’s the key to Republican success.

The problem is that the Republican Party, including every single Republican who opposed Trump in the 2016 primary, have bowed down to kiss his ring. Even Senator Jeff Flake (R-Ariz.) torpedoed his own chance to run against Trump by cowardly voting for Kavanaugh after months of slamming Trump’s incivility and crudeness.

The Republican Party is now the Party of Trump, and it doesn’t matter which Republican is the nominee in 2020. Trump’s policies are destroying our nation and our leadership position on the international stage. Running on Trump’s policies would be the same as if Trump himself was running.

If this open letter demonstrates anything, it’s that Trump’s own supporters are starting to panic about 2020, and they know that Trump is the reason why.