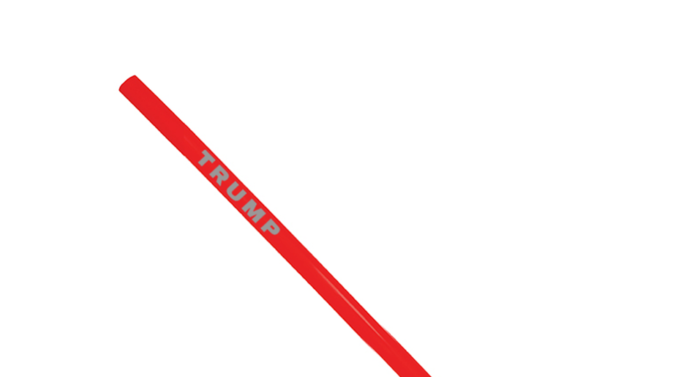 President Donald Trump is so desperate for cash that he is now selling straws to his supporters and advertising them as a way to “own the libs” all while claiming they are recyclable and BPA free.

Seriously, Trump is literally giving his supporters a way to literally grasp at straws and fleece them for more money.

The red straws come in a pack of ten and are described thusly:

Again, this is totally serious, and Trump expects his supporters to shell out $15 for them. Buzzfeed’s Los Angeles Bureau Chief Jon Passantino flagged the product on Twitter.

The Trump campaign is now selling plastic straws because of course pic.twitter.com/LZYa7Pah6k

Recyclable and BPA free are liberal ideas, but Trump’s plastic straws are definitely not recyclable as Passantino pointed out.

…And while Trump touts these straws as recyclable, they are almost certainly not https://t.co/iADK9GKK5h

Straws, in fact, cannot be recycled. Recycling plants are big, conveyer-belt driven operations, and straws are so small they just fall off the conveyor belts and onto the recycling plant floors, from whence they are sent to landfills.

Billions of straws litter beaches, waterways and oceans all around the globe, and many of them end up being mistaken for prey and swallowed by wildlife such as turtles, birds and fish. Even worse, the straws break down into microplastics over time and contaminate the entire food chain.

What Trump is selling his supporters on is to pollute the environment to “own the libs” so he can make money. That’s all this scheme is about. These straws are not something that people are going to hold onto as keepsakes. They will be used and then thrown away, kinda like how Trump is using his supporters and then throwing them away by passing tax cuts for the wealthy and starting trade wars that hurt farmers in states that voted for him.