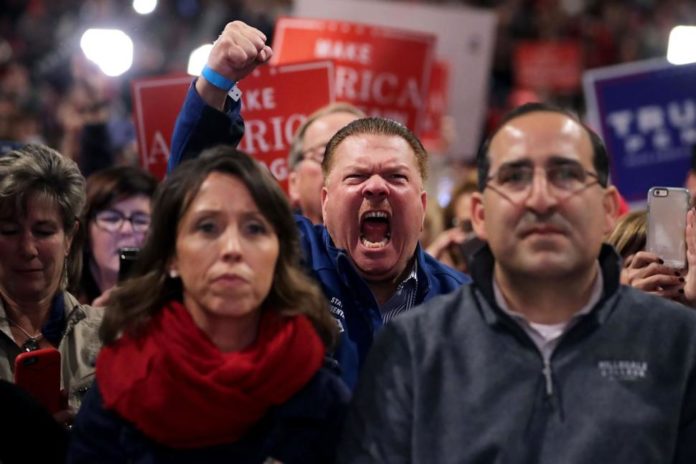 Many Americans are preparing their taxes in anticipation of the upcoming April 15 filing deadline, and they’re also discovering that the infamous Trump/GOP tax scam bill passed in 2017 is hitting them where it hurts most: Right in the wallet.

Among the changes that are causing higher tax bills among middle-class filers:

Trump supporters are letting Trump know in no uncertain terms that they’re not happy being stuck with a larger tax bill:

@realDonaldTrump I trusted and voted for you, now, screwed by you. I fall JUST above a tax bracket, I don’t get the 5000 return I’ve gotten the last 3 years. Money my family depends on to start us over. I served my country honorably. I will not make the same mistake twice.

I am a Republican voter. I just did our taxes.

The @GOP tax bill cost my family THOUSANDS of dollars this year on our return due to changes, thereby hitting us with the LARGEST tax increase of our lives.

We are middle-class homeowners, and you raised our taxes.

I have to pay $2000 MORE in taxes this year! What happened?? I voted for you and thought you were fixing this, not making it worse!? I thought I would get money back this year!?

@realDonaldTrump I voted for you, and believe in the things you are doing, but you screwed us middle class with taxes. I can’t itemize or anything. How about a flat tax and get rid of earned income credit. Some don’t earn income but get more back in taxes for having baby’s.

Worse tax return I had in a decade! I admit I voted for @realDonaldTrump but he has officially lost my vote for 2020.

Wait til you file your taxes. Middle class just lost half their return. Lowest refund I have ever had and I am 50yrs old. No wall and now this tax reform sucks too!! Starting to doubt Trump. I voted for him and trusted him too.

Maybe Trump can send some thoughts and prayers to these disillusioned Trumpkins.