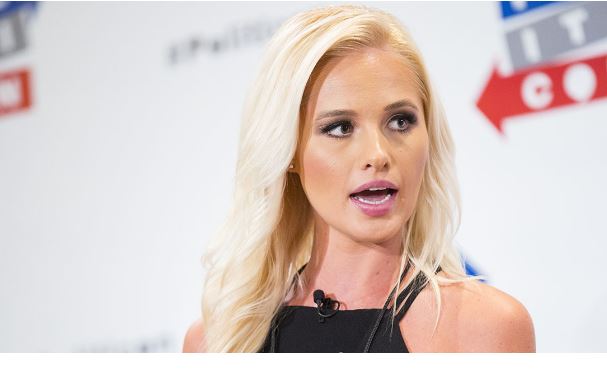 On Tuesday, Congress reached a tentative agreement to provide $1.4 billion for 55 miles of new border fencing, not the wall Trump wants. The deal would also prevent a second government shutdown this year, but some of Trump’s most hardcore supporters such as Ann Coulter and Sean Hannity are urging him to reject it because he’s not getting exactly what he wants.

Surprisingly, even Tomi Lahren criticized the deal on Twitter and again on Fox Wednesday morning, predicting that Trump will lose in 2020 if he signs what she calls a “sham border deal.”

I’m not gonna sugar coat it, if @realDonaldTrump takes this sham border deal from the Democrats, he loses in 2020 and we ALL lose for years to come.

I’ll discuss on @foxandfriends in 10 mins!

Her criticism of Trump did not sit well with many of his supporters, who turned on her in response.

Tomi, I get your spiel, and I’m down with it, but realize .@realDonaldTrump is NOT a politician. Listen to what he says, that he is building the wall & has been since day one. He’s about getting things DONE, one way or the other. Support him, trust him. #MAGA2020 #Grit #Hooah! ??

Because you know everything he knows, and because he hasn’t thought this through right? @realDonaldTrump doesn’t make decisions without knowing outcomes or having alternative strategies. It’s amazing to me how everyone seems to know what he should do, based on their limited info.

Exactly – it’s called negotiation. You don’t always get 110% of everything you want the first time. It’s a process. He’s a master at negotiation… @TomiLahren is young and has a lot to learn. She just needs to calm down & Stop throwing President Trump under the bus.

Go away! You’re the “conservative” AOC and nobody really listens to you, they might hear you but you shape no ones opinion. U might drive some people to the other side…but he still has executive options…how long do you think it takes to build 55 miles of wall? It’ll get done

Meanwhile pieces of the wall is still getting built as we speak. If he himself had the power to fund the wall building today, he would. The Republican party is who people should direct their anger at. They should have already done it before losing the House.

He should go ahead and take the deal and what little money they put in for the wall, and then find whatever money he needs and build the wall. He is saying he is going to build it anyway. If he builds it he is a winner.

I disagree! He takes this and figures out a way to get more without their help! Democrats are never gonna support anything he does! Take what you can and make it happen without them. Show Americans Democrats don’t support them and he Wins again!

Yeah he’s struggling did you see his Texas Rally? Wall is being built now.

He has money to build the wall 23 billion tweeted it tonight !

Says you. I’ll fight for Trump to the death. He’s the only one keeping us from globalism and the destruction of this country. Would you rather have Hillary? He has a plan and I trust him.

This is what it looks like when Trump supporters attack one of their own for not staying in line with the “dear leader” of the 45 cult. Lahren has been a loyal supporter of Trump for years. Of course, Trump has signaled his support for deals before only to reject them at the last minute as he did in December in a move that started a 35-day long shutdown.

But even Rick Santorum agrees that Trump is not a winner in this deal. He doesn’t get one cent for his wall demand, only fencing that Trump and many of his supporters claim is inadequate. And only $1.4 billion for it at that.

However, it’s hilarious to watch Trump supporters attack each other because it demonstrates just how vulnerable the Trump train is to crashing and burning from within.