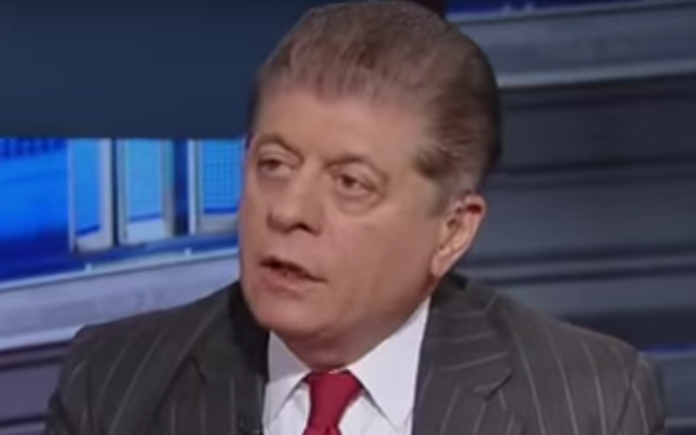 After Republicans did the same during a committee hearing that same day, Schiff fired back by reminding Republicans that just because Mueller could not establish that Trump committed conspiracy collusion, it doesn’t mean there is no evidence.

On Friday, Napolitano explained to Neil Cavuto that Special Counsel Robert Mueller must have found some evidence of conspiracy and obstruction, the latter of which the report definitely did not exonerate Trump. And he backed Schiff.

As soon as Napolitano sided with Schiff over their dear leader, Trump supporters blew a gasket on Twitter:

Fox’s Judge Napolitano is a nut, bent on revenge, became a leftist socialist, a bias Dem. Was it true that is bitter because Trump would not hire him?

#JudgeNapolitano was suspended by #FoxNews after his #Obama wiretapping #Trump comments.After the suspension,he suddenly became AntiTrump to keep his job.Evidently,Judge Napolitano’s an opportunist who lost all credibility.@FoxNews must fire him if they want to keep their viewers

Time for FOX to get rid of Napolitano.. I’ve noticed the last few months he is starting to push his views to the left far left!!!!

He’s being blackmailed after disclosing the GCHQ involvement in the Trump spying ordered by Obama. It’s night and day from that day forward. I beleive someone may have threatened him or his family. He is a common sense man. He’s being threatened. Feel bad for him. Pray for him.🇺🇸

They’ve got something on him…

I lost all respect for this dude letting his dislike for Trump cloud his judgement.

Napoletano has long been a Trump hater.

It just goes to show that anyone who is not 100 percent loyal to Trump gets smeared and attacked by his cult.