The United States Blues
Home National News Trump Tells Furloughed Federal Workers To Do Chores So They Can Pay... 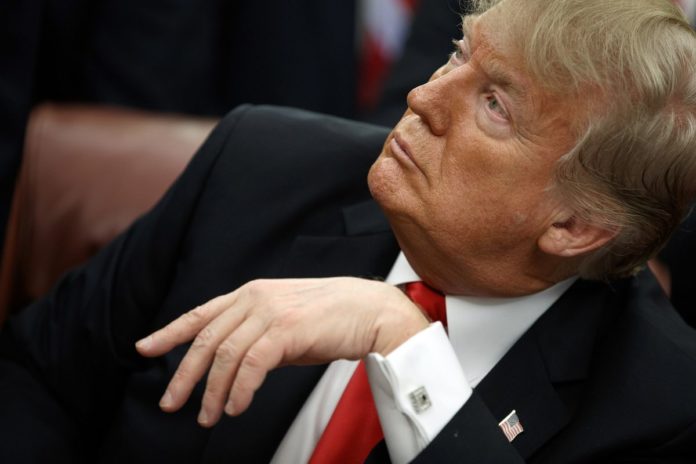 With the government shutdown now virtually guaranteed to last until at least January 3, the Trump administration has sent out notices to the 800,000 federal workers on furlough or working without pay urging them to do chores in order to pay their rent.

The Daily Beast reports that the Office of Personnel Management has sent out a tweet to government workers with advice on how to approach their landlords if they’re unable to pay their rent during the shutdown, even offering a sample letter which reads:

“I will keep in touch with you to keep you informed about my income status and I would like to discuss with you the possibility of trading my services to perform maintenance (e.g. painting, carpentry work) in exchange for partial rent payments.”

Feds, here are sample letters you may use as a guide when working with your creditors during this furlough. If you need legal advice please consult with your personal attorney. https://t.co/t6h6OzALsS

OPM also encouraged to “please consult with your personal attorney” for any legal advice during the shutdown. (sidenote: we are guessing that most government workers don’t have a “personal attorney” at their fingertips like — let’s say — a billionaire does)

While President Donald Trump has tried to paint the shuttering of the federal government as the fault of Congressional Democrats who refuse to give him billions of dollars for a border wall he promised Mexico would pay for, a new Reuters/Ipsos poll shows that 47 percent of Americans blame Trump for the impasse, with only 35 percent saying Democrats are to blame.

The tweets from the Office of Personnel Management were met with derision and outright anger on social media:

Sadly nobody cares about the REAL financial impact on furloughed employees. Late fees and charges, higher borrowing rates because missed payments lowered their FICO. And to be clear, this is GOP’s fault! manchild potus holding the country hostage. #tantrumpotus

FFS, this is ridiculously tone deaf. You know the best thing? Let these people go back to work. End #TrumpChristmasShutdown

How about we consult with our conscience and vote Trump out of office?

Will the banks take odd jobs in the place of mortgage, car and credit card payments?

Maybe the best solution would be to make Trump actually do some work instead of letting him sit around and watch cable news all day while he tweets out mind-numbing inanities.