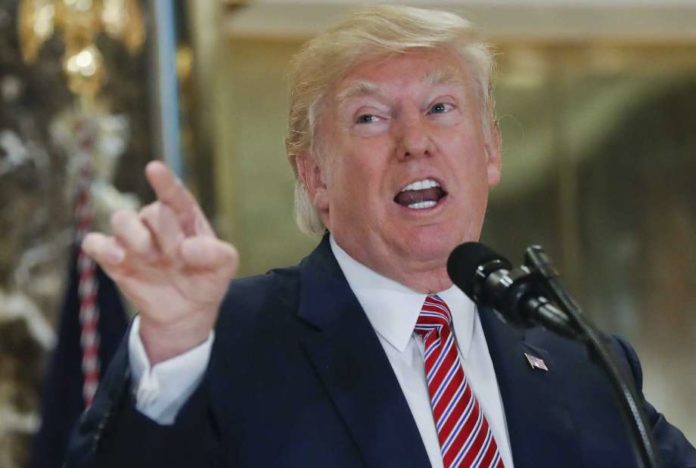 Speaking to donors who give money to the Republican National Committee (RNC) Friday evening at Mar-a-Lago, Axios reports that President Donald Trump accused Democrats of being anti-Semites and declared:

The president also made the following remarks:

Later in his stream-of-consciousness remarks, Trump whined that he was all alone at the White House over Christmas “while the Democrats were in Hawaii.”

The RNC gathering was meant to update major donors to the RNC on plans for the 2020 election and what to expect from the administration in the year ahead. As such, Trump took cheap shots at three Democrats he’ll likely face in his reelection effort, referring to former Vice President Joe Biden as “the dummy,” and calling Vermont Senator Bernie Sanders as “the nutty professor.” Trump has previously chided Sanders as “Crazy Bernie.”

When the president got to Senator Elizabeth Warren, Axios notes, he lamented that he might have attacked her too soon:

“Referring to Warren’s low poll numbers, Trump said he ‘took her out really early’ and that he doesn’t want to do that to anybody else.”

Trump’s remarks about Democrats being anti-Jewish are especially ironic in light of his own praise for neo-Nazis who marched in Charlottesville, Virginia. He later said that some of the white supremacists who chanted “Jews will not replace us!” were “very fine people.” The president has also made other anti-Semitic slurs over the years.

While the president may think he can lock up the Jewish vote by denigrating his opponents, none of his disparaging remarks will change the fact that he’s under investigation on multiple fronts and could well be facing impeachment later this year.