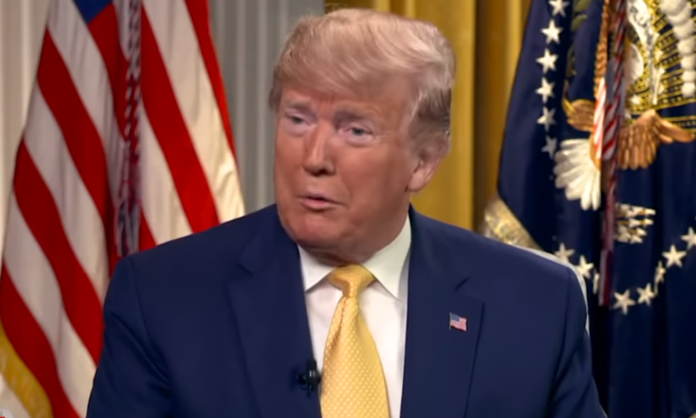 According to President Donald Trump, American Hispanic voters fully support his immigration policies and are fully on board with his plan to deport millions of undocumented immigrants.

During an interview with Telemundo anchor José Díaz-Balart, the president remarked:

“The Hispanics want toughness at the border, they don’t want people coming in taking their jobs. They don’t want criminals to come because they understand the border better than anybody.

“They want me to do it. They’re here illegally.”

But the president refused to relent:

“They do. They don’t want to lose their jobs. They want to keep their salaries, their wages up, and they don’t want crime. When people come through, you have MS-13 coming through.”

Once again, Diaz-Balart attempted to use facts to counter Trump:

“The mothers that are coming with their children are not MS-13.”

Later in the discussion, according to HuffPost, the president also suggested that former President Barack Obama had begun the family separation policy:

That claim is not entirely accurate. According to The New York Times, previous administrations did break up families, but only occurred in very limited circumstances. There was also no formalized process of separation until the Trump administration began its zero-tolerance policy.

Using that deeply flawed logic, Trump then made it sound as if he had reunited immigrant families and should be thanked for his heartless policy of placing children into internment camps:

“I’m the one that put people together, they separated, I put ’em together. I inherited separation, and I changed the plan and I brought them together. … I hated to have the separation policy. What zero tolerance means to me is that we’re going to be tough on the border.”

On Thursday, a Department of Justice attorney told a three-judge panel that the U.S. government didn’t need to provide blankets, soap, or toothbrushes to migrant children in custody in order for those children to be “safe and sanitary.” How’s that for togetherness?