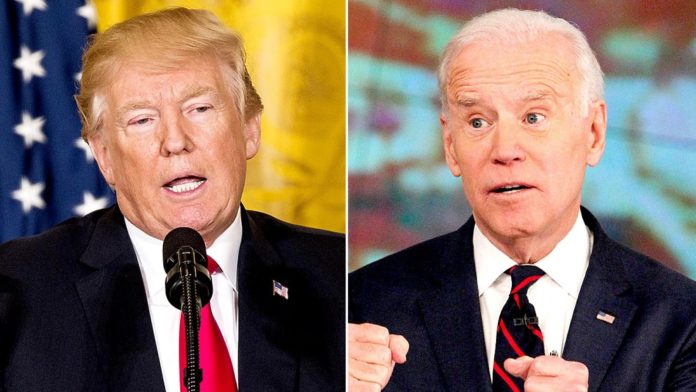 Even though he announced his candidacy just a bit more than 24 hours ago, former Vice President Joe Biden (D) is already sending waves of fear through the White House, as President Donald Trump tells advisers that Biden is the opponent he most fears facing in 2020.

According to CNN, Trump has been sweating Biden’s entry into the race for months:

“He’s the Democratic candidate President Donald Trump has long worried would emerge as his general election rival. Now, with the entry of former Vice President Joe Biden into a crowded primary field, a race that once seemed to Trump like abstract chatter has sharpened into a concrete proving ground that will challenge his hold on the nation’s political spotlight.

“In political meetings at the White House, Trump often asks about Biden’s strength, particularly as his candidacy has grown more certain in recent weeks. Biden’s native Pennsylvania — Trump’s favorite state that he switched from blue to red in 2016 — is at the root of the President’s concern. Biden’s first rally will be in Pittsburgh on Monday.”

Trump is president largely because he won three key battleground states: Michigan, Pennsylvania, and Wisconsin. Biden polls well in those states, especially Pennsylvania, where Biden was born and raised. Biden also mentions growing up in Scranton often in his stump speeches. It’s believed his appeal to working-class white voters could be political poison for Trump come 2020 if Biden is the Democratic nominee.

Trump is so concerned about Biden that he’s been talking about the former Veep with advisers almost endlessly:

“Biden’s entry was long expected, and Trump has been polling his advisers for months on the former vice president’s chances. People familiar with the conversations say Biden has factored into Trump’s 2020 thinking more than any other candidate, though the President has made private assessments about several of the Democrats as each of them enters the race or enjoys a moment of national attention.”

Trump’s strategy for dealing with Biden seems to be endless appearances on Fox News, where he plans:

“Direct appeals to the conservative base of voters unlikely to be drawn away by Democrats. He’s phoning into Sean Hannity’s Fox News program on Thursday, will speak to the National Rifle Association at their annual conference in Indiana on Friday, and will appear at an evening campaign rally in Wisconsin on Saturday.”

It would appear the president has every reason to be nervous. A Morning Consult poll released Thursday shows Biden leading Trump by a full eight points. If Biden can carry the states Trump narrowly won in 2016 and win the ones Hillary Clinton did that same year, the incumbent president is toast.