The United States Blues
Home News Trump tells White House counsel to find a way for US to... 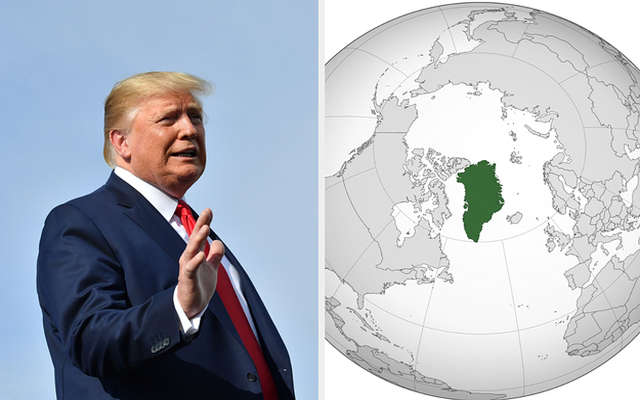 President Donald Trump wants to buy the island of Greenland, and has tasked the White House Counsel, Pat Cipollone, with finding a legal way for the purchase to take place, according to an alarming report from the Wall Street Journal:

The idea of the U.S. purchasing Greenland has captured the former real-estate developer’s imagination, according to people familiar with the discussions, who said Mr. Trump has, with varying degrees of seriousness, repeatedly expressed interest in buying the ice-covered autonomous Danish territory between the North Atlantic and Arctic oceans.

In meetings, at dinners and in passing conversations, Mr. Trump has asked advisers whether the U.S. can acquire Greenland, listened with interest when they discuss its abundant resources and geopolitical importance and, according to two of the people, has asked his White House counsel to look into the idea.

Greenland, it should be noted, is a self-ruling part of Denmark. Trump will visit Greenland next month, though the visit is said to be unrelated to the idea of purchasing the island.

The island has long been of strategic importance to the United States, according to the Journal:

A decades-old defense treaty between Denmark and the U.S. gives the U.S. military virtually unlimited rights in Greenland at America’s northernmost base, Thule Air Base. Located 750 miles north of the Arctic Circle, it includes a radar station that is part of a U.S. ballistic missile early-warning system. The base is also used by the U.S. Air Force Space Command and the North American Aerospace Defense Command.

At a dinner with associates last spring, Mr. Trump said someone had told him at a roundtable that Denmark was having financial trouble over its assistance to Greenland, and suggested that he should consider buying the island, according to one of the people.

“What do you guys think about that?” he asked the room, the person said. “Do you think it would work?”

The very idea that Trump would even consider such a ridiculous notion as buying Greenland is yet more proof that he thinks on a third-grade level and is utterly unfit to be leader of the free world.

Maybe we can buy a deserted island somewhere far from the United States and exile Trump there. Millions of Americans would likely pony to up to help cover the expense.