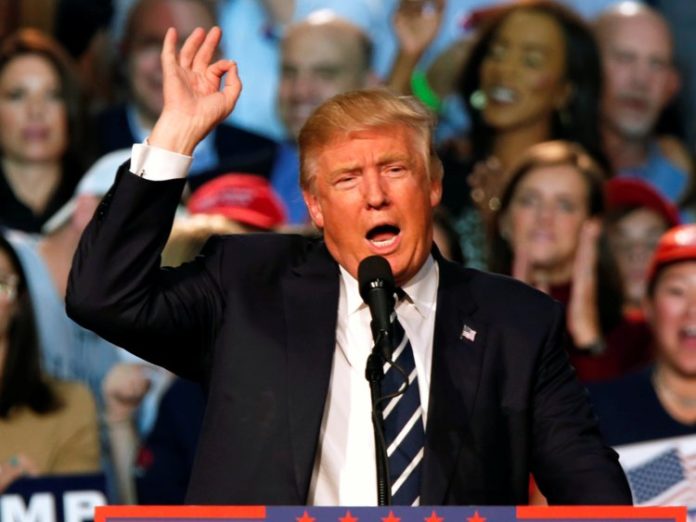 In 2016, New Mexico went for Hillary Clinton by over 8 points, giving their five electoral votes to the Democratic nominee.

And 2016 wasn’t an anomaly, Politico notes. New Mexico has a history of voting Democratic:

So it seems incredibly strange that the 2020 Trump campaign thinks they have a chance in the Land of Enchantment, but that’s what campaign manager Brad Parscale said recently, telling reporters:

“I’ve continued to say the president’s policies are a win for Latino voters across America … and one of the first symbols of this was the El Paso rally. We saw in the data thousands of voters who did not vote for the president in 2016 show up to a rally, come listen to the president and register [to vote].

“As we started doing polling there, we saw a dramatic increase from 2016 and I went over this with the president and he said, ‘Let’s go straight into Albuquerque.'”

But political insiders in the state believe Parscale and Trump are barking up the wrong tree and don’t have the proverbial snowball’s chance in hell of winning in New Mexico, with Miranda van Dijk, a spokeswoman for the Democratic Party of New Mexico noting:

“What we’ve seen of the president’s immigration policy has been cruel and inhumane. I think Democrats and New Mexicans, in general, are much more interested in making sure our communities feel welcome and safe”

Chris Luchini, a New Mexico native who serves as head of the state Libertarian Party, was even more direct when asked what he thought of the Trump 2020 effort to win in his state:

“He’s a batshit racist. I’m very skeptical that New Mexico is up for grabs with him.”

The fact that the Trump campaign is trying to secure New Mexico’s meager five electoral votes also seems to reek of desperation. While polls show the president behind in major battleground states such as Michigan, Pennsylvania, and Wisconsin, does Parscale believe he can somehow draw an inside flush out west and keep his candidate in office for a second term? If so, he may be in for a rude awakening, at least when it comes to New Mexico.