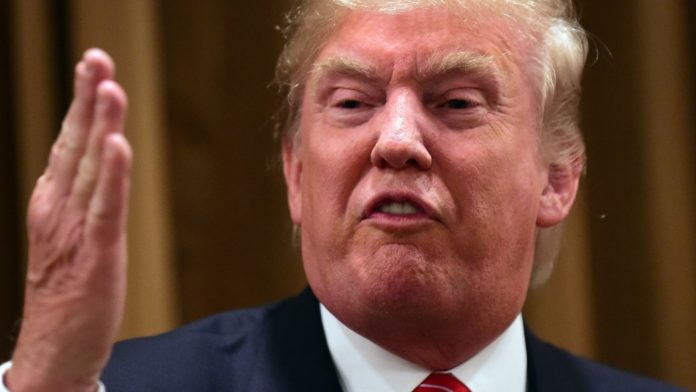 Now that his repeated claims of “no collusion, no obstruction!” have been destroyed by testimony from former Special Counsel Robert Mueller, President Donald Trump is suggesting that former President Barack Obama and his book deal need to be investigated, too.

Speaking with reporters in the Oval Office Friday afternoon, Trump began by asserting that Mueller had found nothing:

Next came the threat to Obama:

“We want to find out what happened with the last Democrat president. Let’s look into Obama the way they looked at me. From day one, they looked at everything that we’ve done. They could look into the book deal that President Obama made. Let’s subpoena all of his records.”

The president also made his obligatory mention of Hillary Clinton, saying the Clinton Foundation also needed to be investigated, even though neither Clinton is currently president and it was the Donald J. Trump Foundation that had to shut down when New York authorities threatened legal action against it, Trump, and his children, all of whom were on the board of the Trump Foundation.

Trump is now openly threatening to investigate Obama: “We want to find out what happened with the last Democrat president. Let’s look into Obama the way they’ve looked at me … they could look into the book deal that President Obama made. Let’s subpoena all of his records.” pic.twitter.com/uDO0kL9QfA

Since when it is a crime for an ex-president to sign a book deal after leaving office? Nearly every president has done so.

Clearly, Trump is desperate to try and divert the public’s attention from his own alleged crimes and unethical actions. It’s the same strategy he employed during the 2016 election: Making the race about his opponent and hide behind that smokescreen.

Trump is afraid. He knows he’s on the verge of seeing an impeachment inquiry begin in the House of Representatives, and when that happens, he won’t be able to block the release of documents or prevent witnesses from testifying. Once the full story comes out, he’s toast.