The United States Blues
Home Business Trump Tries To Get House/Senate To Pass A Tax Bill That Mostly... 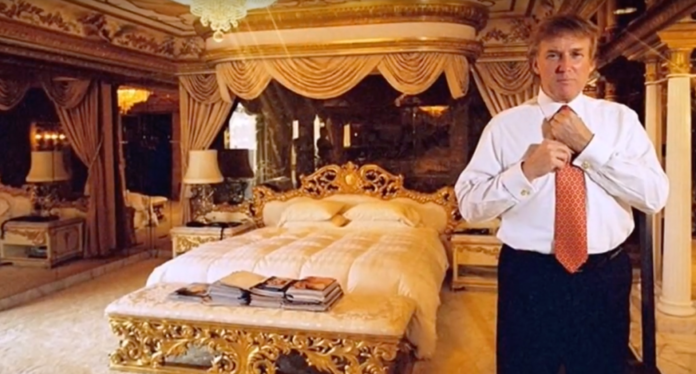 Stephanie Ruhle, in a segment of “Money, Power, Politics,” gave an analysis of the “radical” House and Senate GOP tax plans. The GOP wants to pass a bill before the end of the year, but Ruhle and guests explained why that could be political suicide for Republicans. They also revealed who the projected winners and loser of the two plans would be. Gee, can you guess?

A crucial difference between the House and Senate bills: The Senate bill delays a 20% Corporate Tax Rate drop to 2019, while the House bill gives corporations a break immediately. As you might expect, Trump favors the House bill in that regard. Corporations are set to get a “sweet, sweet hookup,” according to Ruhle.

There are a few other differences as seen in the chart below:

Of course, it comes as no surprise that Trump, who has managed not to deliver on the majority of his campaign promises, has comprised a plan that will mostly benefit Trump and his wealthy friends. What is not known is if helping Trump will help or utterly kill the American economy.

“At the end of the day, this tax bill is written for President Trump,” said Stephanie Ruhle. “He benefits from this thing right, left, and center.” Ruhle went on to explain how Trump “clearly carves” the tax plan to help himself.

Stephanie’s co-host, Ali Velshi, did a scathing take-down of the GOP tax plans days ago. Republican Congressman Rodney Davis (R-IL) tried to justify what is obviously the same old “trickle-down economics” as “tax reality,” but Velshi pointed out, “If you’re middle class in America, this is on a wish and a prayer. If you’re rich, this is a gift.”

Since the initial tax plans, there have been some changes. Matt Welch, Editor-at-large for Reason Magazine, said those changes would only “go in a direction of caving to more people who squawk,” mainly corporate interests, who already get a much better deal than average Americans.

Welch explained how The Senate’s plan to eliminate State and local tax deductions in states with relatively high tax rates, such as Wisconsin, Michigan, and Ohio, and Maine, will be something even Republicans will be hard-pressed to justify to their constituents.

“This bill, politically, is a killer for next year, ” said Jason Johnson, a professor at Morgan State University. “They will be hit –every single Republican who will possibly vote on any version of this, is going to get hit in [the] 2018 mid-terms.”

Then, of course, there is the wee problem that the deficit will be inflated enormously under the tax plans. The deficit would go up to $1.7 trillion over ten years under the House plan, according to the CBO score.

Johnson explained that the tax plans seem to be purely political and not founded on educated economics, which ultimately hurts voters and everybody in Congress as well.

USA Today outlined the differences between the House and Senate bills, for more in-depth analysis.

Watch the MSNBC segment below: