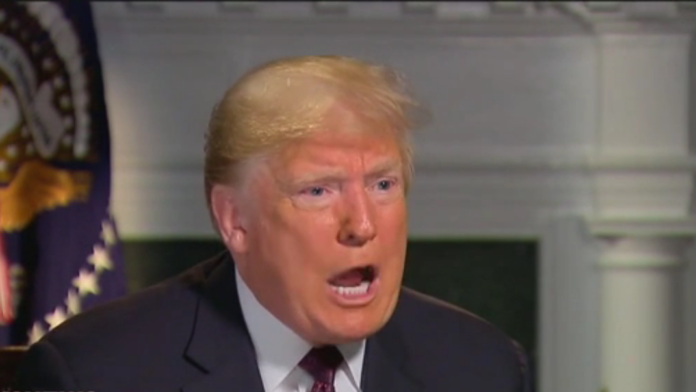 It looks like the independent Office of Special Counsel may not be so independent after all because it is warning federal workers not to talk about impeachment of President Donald Trump under penalty of potential termination.

In yet another blow to freedom of speech, the agency charged with enforcing the Hatch Act is trying to silence two million federal employees from saying anything about Trump getting impeached, nor can they talk about resisting his policies.

The New York Times reports that the agency issued a memo to all workers with the new guidelines.

“We understand that the ‘resistance’ and ‘#resist’ originally gained prominence shortly after President Trump’s election in 2016 and generally related to efforts to oppose administration policies,” the memo says. “However, ‘resistance,’ ‘#resist’ and similar terms have become inextricably linked with the electoral success (or failure) of the president.”

The memo comes as Special Counsel Robert Mueller, whose position is not related to the Office of Special Counsel, closes in on Trump. The Russia probe heated up this week after Paul Manafort was caught lying in violation of his plea deal and his lawyers were busted passing information to Trump’s legal team about their client’s cooperation.

In addition, former Trump lawyer and “fixer” Michael Cohen reached a plea deal with Mueller and admitted that he lied for Trump during his testimony to Congress last year.

This series of events is seriously damaging to Trump and the possibility of him being impeached is a lot higher now.

Federal workers are certainly expected to keep their work and political opinions separate, but not even being able to talk about impeachment with co-workers at lunch or in emails is a bridge too far that undermines the First Amendment..

“If they are going to go after anyone who mentions the word ‘impeachment’ in emails to co-workers, that will be overreach,” assistant general counsel for the American Federation of Government Employees J. Ward Morrow warned.

“This goes beyond past guidance about what partisan political activity is, and is more restrictive of speech of federal employees than past guidance that I’ve been able to find,” Washington University Law professor Kathleen Clark added. “I think their legal analysis is wrong in this attempt to outlaw all discussion of impeachment of Trump in the federal workplace. Maybe that is a good idea, maybe that is a bad idea, but I don’t think that is what the Hatch Act requires.”

Again, this memo conveniently went out to all federal employees this week as Trump’s chances of being impeached dramatically rose due to recent events.

Either the Office of Special Counsel just picked an inconvenient time to issue the memo or they have been pressured by someone higher up the food chain to silence federal workers from talking about a topic that triggers Trump. Either way, they should review it and seek to make clarifications to find a balance. Because unless their opinions get in the way of their ability to perform their duties, it shouldn’t be an issue. Trump may not like it, but he can’t fire someone for it.