The United States Blues
Home Economics Trump tries to order General Motors around like a true fascist in... 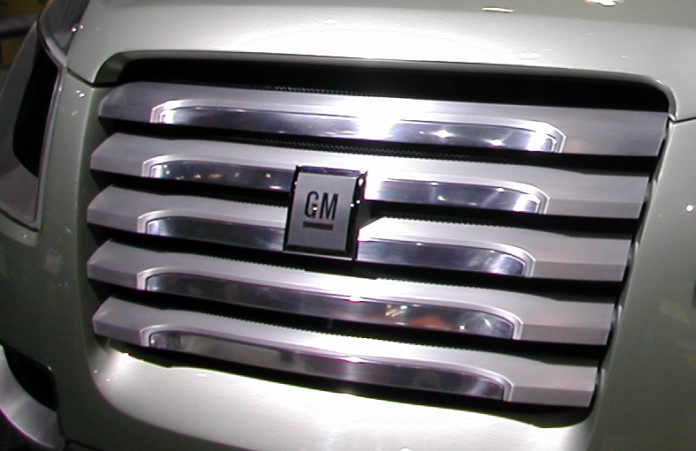 President Donald Trump violated the sanctity of the Republicans’ precious free market economy on Monday by making demands of General Motors like a true fascist dictator on Monday in a tantrum that began Sunday night.

Toward the end of his weekend Twitter spree, Trump said that he asked General Motors CEO Mary Barra to either sell the Lordstown, Ohio plant the company recently shut down because Trump’s tariffs raised the cost of production or re-open it or “do something.” He also tried to stoke divisions between management and workers.

Just spoke to Mary Barra, CEO of General Motors about the Lordstown Ohio plant. I am not happy that it is closed when everything else in our Country is BOOMING. I asked her to sell it or do something quickly. She blamed the UAW Union — I don’t care, I just want it open!

As President, this kind of interference with the business operations of a private company would usually draw a rebuke from Republicans who believe in free market capitalism.

But like a true fascist, Trump continued making demands of General Motors on Monday morning.

General Motors and the UAW are going to start “talks” in September/October. Why wait, start them now! I want jobs to stay in the U.S.A. and want Lordstown (Ohio), in one of the best economies in our history, opened or sold to a company who will open it up fast! Car companies…..

….are all coming back to the U.S. So is everyone else. We now have the best Economy in the World, the envy of all. Get that big, beautiful plant in Ohio open now. Close a plant in China or Mexico, where you invested so heavily pre-Trump, but not in the U.S.A. Bring jobs home!

The company had rebounded under former President Barack Obama’s watch and began to thrive in the United States again until Trump came in and starting declaring trade wars.

In fact, General Motors warned Trump that his trade wars would undermine their ability to compete.

“Increased import tariffs could lead to a smaller GM, a reduced presence at home and abroad for this iconic American company, and risk less — not more — U.S. jobs,” the company said last June. “The threat of steep tariffs on vehicle and auto component imports risks undermining GM’s competitiveness against foreign auto producers by erecting broad brush trade barriers that increase our global costs, remove a key means of competing with manufacturers in lower-wage countries, and promote a trade environment in which we could be retaliated against in other markets.”

So, Trump was warned, but he went through with his tariffs anyway and now General Motors has had to make the tough decision to lay off thousands of American workers and close plants in order to save the company in the long term.

Make no mistake, this is on Trump. His lashing out at the company is just his strategy to avoid having to take responsibility for being a terrible president and businessman.