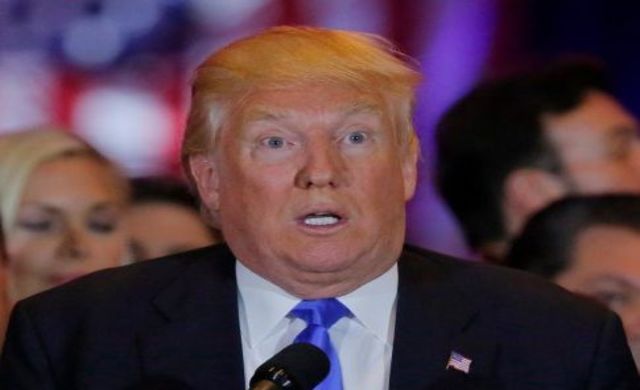 Based on the tweets President Donald Trump is sending out from the White House, maybe we’d have all been better off if he’d decided to spend the Christmas break at Mar-a-Lago, playing golf.

The latest head-scratching post from Trump is once again on the topic of his beloved border wall, which just so happens to be the reason the government is currently shut down and will be for the foreseeable future. Problem is, it makes even less sense than the postings President Stable Genius normally makes. Take a look:

The Wall is different than the 25 Billion Dollars in Border Security. The complete Wall will be built with the Shutdown money plus funds already in hand. The reporting has been inaccurate on the point. The problem is, without the Wall, much of the rest of Dollars are wasted!

What “shutdown money” is he referring to? Does he think he can stiff federal employees and use those funds to finance his pipe dream of a wall?

Reaction to the bizarre tweet were immediate and often hilarious:

What is he talking about? https://t.co/Ji5HpU3GEH

I’ve read it five times and I have no idea what it means https://t.co/HUybbSJfXJ

“The shutdown money”? Does he understand that government shutdowns invariably end up COSTING money? Or did Fox and Friends not mention that? https://t.co/rXyDur3SWL

My takeaway from this tweet: Mexico isn’t building/funding the wall. https://t.co/Le8QpB9Yyv

What, you’re going to pay for the wall with the salaries of federal workers?
And you wonder why the stock market is tanking.

Your word salad reminds me of the kids at school when their Adderall dose is over the top. No joke, this is what a 14 year old sounds like when that happens.

It’d be nice to think that one day we’ll all look back on this point in American history and laugh our asses off. But right now, it doesn’t look like any of us actually have a future.