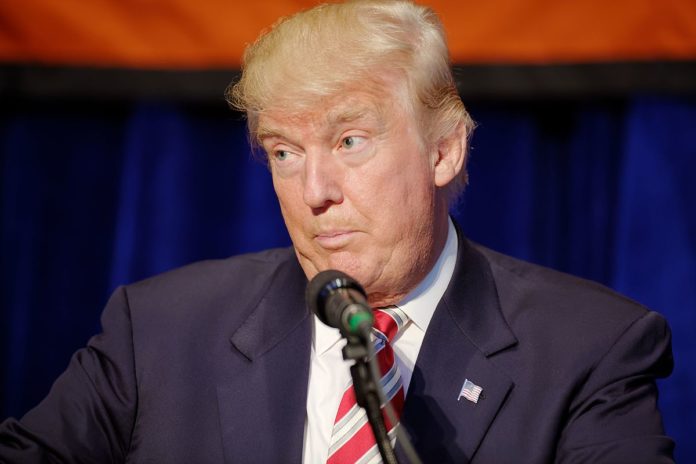 President Donald Trump was up early Monday morning, so he decided he’d address the issues of DACA and immigration, starting up where he left off on Easter Sunday.

Mexico has the absolute power not to let these large “Caravans” of people enter their country. They must stop them at their Northern Border, which they can do because their border laws work, not allow them to pass through into our country, which has no effective border laws…..

…Congress must immediately pass Border Legislation, use Nuclear Option if necessary, to stop the massive inflow of Drugs and People. Border Patrol Agents (and ICE) are GREAT, but the weak Dem laws don’t allow them to do their job. Act now Congress, our country is being stolen!

DACA is dead because the Democrats didn’t care or act, and now everyone wants to get onto the DACA bandwagon… No longer works. Must build Wall and secure our borders with proper Border legislation. Democrats want No Borders, hence drugs and crime!

If you’re wondering what got the president tweeting, there was a segment on Fox & Friends earlier this morning that specifically mentioned immigrant “caravans” coming to the United States.

Trump also had his surrogates on other networks, trying desperately to push his lies about why he’s calling the DACA deal dead and attempting to blame Democrats for it.

Former Trump adviser Michael Caputo appeared on CNN and was asked about comments made by right-wing pundit Ann Coulter. Coulter has said she’s finished with Trump because he signed the omnibus budget deal even though it contains no new funding for construction of a wall on the U.S.-Mexico border. Caputo remarked:

Perhaps not, but Fox News does it all the time. Trump sees something on Fox, accepts it as truth, grabs his cell phone and starts posting nonsense on his Twitter feed.

DACA and immigration are issues that require compromise, a word that doesn’t exist in Trump’s limited vocabulary. No wonder he has so few legislative achievements and is looking at his party losing control of Congress in November.