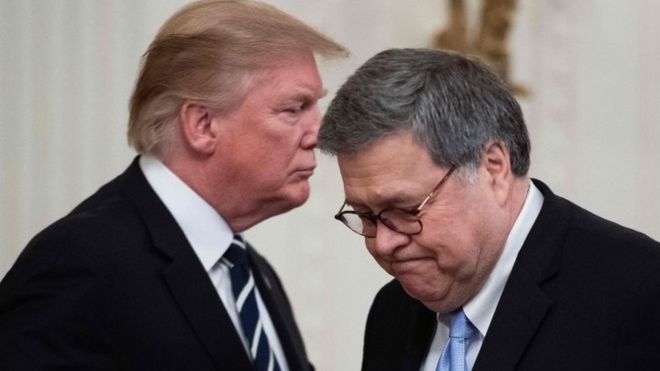 President Donald Trump is now punishing four automakers who agreed to California’s stricter emissions standards by using the Department of Justice to launch an anti-trust investigation against them.

The automakers, Ford Motor Co, Honda Motor Co, BMW AG, and Volkswagen AG, struck a deal with the state earlier this year to comply with emissions standards that would reduce the amount of carbon dioxide spewed into the air by exhaust pipes. The move directly undermines Trump’s pro-pollution agenda, which includes an effort to eliminate such standards.

Tougher emissions standards are not only designed to save the environment, but to clean up the air we need to breathe.

In defiance of Trump’s scheme, the automakers chose to work with California instead and came to an agreement, which means most vehicles sold around the country will also be compliant with California laws. It’s either that or automakers can’t sell in California, a major market.

Trump has whined about the deal, and now he using the Department of Justice as an attack dog to punish the automakers by launching what appears to be a frivolous investigation.

According to the Wall Street Journal:

The new antitrust inquiry by the Justice Department stands to escalate tensions between Washington, Sacramento and the auto industry over plans by the Trump administration to roll back clean-air mandates on auto makers.

California regulators have said they are willing to ease mandates, but not nearly as far as the Trump administration, which has proposed eliminating all upcoming increases in the efficiency requirements. The four companies and the California Air Resources Board announced the deal to signal support for keeping one, nationwide emissions standard.

This is a witch hunt designed to punish private corporations that do not side with Trump. The Justice Department claims that the White House had nothing to do with the opening of the investigation. But it just so happens to coincide with Trump’s latest revealed scheme to revoke California’s right to set state emissions standards.

In response to the investigation, Ford has announced it is cooperating.

Ford spokesman T.R. Reid confirmed Friday that the company received a letter from Justice informing it of the investigation. He says the company is cooperating in the inquiry.

“Honda will work cooperatively with the Department of Justice with regard to the recent emissions agreement reached between the State of California and various automotive manufacturers, including Honda,” the company said.

If @realDonaldTrump wants to:
-Cost the US $400B
-Force us to consume 320 billion more gallons of oil
-Make consumers pay more at the pump
-Degrade our air
-Risk our health

All to force a deal carmakers don’t even want? Fine.

Then we’ll see him in court. https://t.co/X8d8VPXcBP

These four automakers are responsible for tens of thousands of American jobs across the country, including in red states that supported Trump. A persecution effort like the one Trump lackey Attorney General Bill Barr is going forward with just because these automakers are defying Trump’s anti-environment agenda could result in financial losses that result in job losses. It’s outrageous and demonstrates Trump’s destructive authoritarianism.