The United States Blues
Home News Trump Voter: Bill Clinton’s Affairs Were Much Worse Than Allegations Against The... 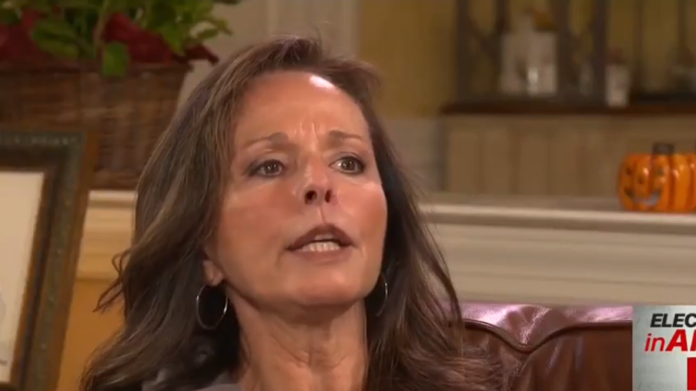 If you want to know just how gigantic the gender gap is when it comes to President Donald Trump, consider this: In a poll conducted by PBS NewsHour, NPR, and Marist just a month ago, the president’s approval rating among female voters stands at 33 percent. 61 percent said they disapprove of Trump. In contrast, 46 percent of men surveyed approved of Trump while 49 percent disapproved.

And yet, there are still some loyal female Trump supporters who refuse to abandon Trump, no matter what he says or does, and they’re even willing to make ridiculous excuses for him.

CNN host Alisyn Camerota encountered one such ardent Trump voter during a recent conversation about the overall tone of political speech. GOP voter Cindy Ruggiero of New Jersey said Bill Clinton’s affair with Monica Lewinsky was “much more offensive” than the  dozens of sexual assault and harassment allegations against Trump. When Camerota brought up the 15 women who have accused Trump, Ruggiero replied:

“I’m not saying I condone that. I am bothered by that. But I am more bothered by the fact that President Clinton was in the White House!”

A clearly flabbergasted Camerota then asked:

“The location bothers you?”

“The location and his status at that time.”

While no one has ever suggested that President Clinton was a role model for the ideal husband, it’s amazing how those who support Trump are willing to overlook his lifetime of abhorrent sexual behavior — three marriages, multiple extramarital affairs, bragging about how he likes to grab women “by the pussy” — and give him a pass on being a disgusting pig.

But while some Trump supporters may be eager to change the subject or defend the Donald, the vast majority of American women are not pleased with him. And if they show up at the polls, Trump will indeed feel their wrath when the votes are counted next Tuesday.