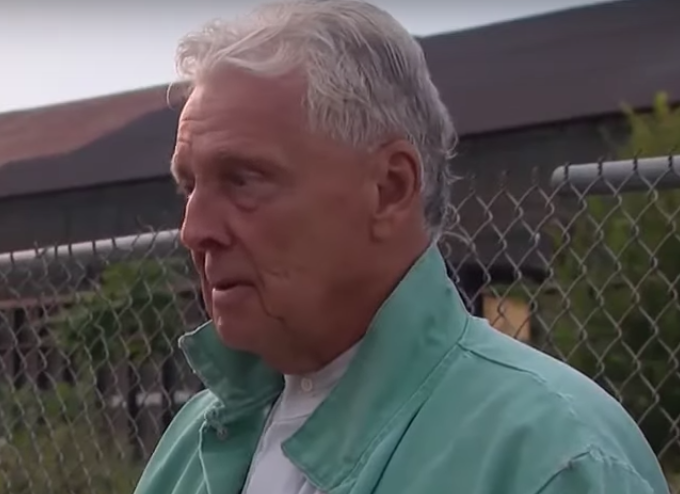 President Donald Trump’s trade war is negatively impacting states across the country, including Pennsylvania. And now a Trump voter is calling him out for breaking his promises to the Rust Belt, an important region Trump needs if he wants to win re-election in 2020.

Trump made many promises that he has failed to keep despite his claims otherwise. But it’s his promises to the Rust Belt states that helped him secure enough votes for victory in 2016. However, even those promises were broken as the steel industry continues to struggle, farmers are going bankrupt and manufacturing is suffering an economic slowdown, all because of Trump’s obsession with tariffs.

“U.S. Steel just announced that they are building six new steel mills,” Trump said during a July 31st rally in Florida in 2018. “And that number is soon going to be lifted, but I’m not allowed to say that, so I won’t.”

And that boast has been proven to be a total lie. In fact, the steel industry is still in decline, especially since Trump began slapping tariffs on everything as part of his global trade war.

This is especially concerning in Pennsylvania, a traditional steel industry stronghold, which is why retired steelworker John Golomb, from a small town outside of Pittsburgh, ripped Trump for breaking his promises.

“We had Donald Trump come here and profess about reviving American steel,” he told CNN on Friday. “That’s just what all of us steelworkers wanted to hear!”

Golomb even liked what he heard so much that he voted for Trump. But it’s clear to him now that Trump was lying all along.

“When he was elected, he pulled a Houdini on us,” Golomb said. “He disappeared.”

Not only did Trump disappear, but he also made things worse for the Rust Belt by starting a trade war that has cost billions of dollars and has significantly harmed remaining manufacturers in the United States.

When asked what he would tell Trump if he could speak to him, Golomb pointed out that Trump wouldn’t talk to him because he doesn’t want to hear the truth.

“He wouldn’t speak to me because I would have to tell him truth,” he said. “Where are your promises?”

Trump’s approval rating in Pennsylvania has dropped just as it has in other swing states. And Trump would lose to the top Democrats in potential general election match-ups. Trump’s failure to deliver his promises combined with the harm caused by his trade war will likely carry on into 2020, and if a recession should happen prior to the election, you can bet that Pennsylvania won’t be voting for him this time around.