The United States Blues
Home News Trump voter stunned to learn that Mueller report does not exonerate the... 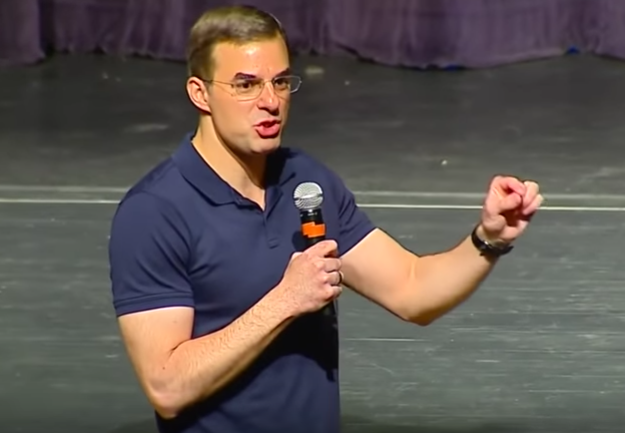 Rep. Justin Amash (R-Mich.) actually surprised at least two Republican constituents who voted for President Donald Trump in 2016 while defending his call for impeachment this week during his town hall event.

Amash held the event at the DeVos Center for Arts and Worship on Tuesday just two weeks after he become the first Republican in Congress to publicly call for impeachment after reading the full redacted version of the Mueller report.

Amash is an attorney, so when he explained the ten instances of obstruction listed in the report, he made it clear that “obstruction of justice is more relevant when there is no charge in the underlying crime.”

It’s just like how the cover-up is worse than the crime. And obstruction is an impeachable offense.

One woman admitted that she had no idea the Mueller report is so damning to Trump because the conservative media outlets she watches didn’t give her that information. Another woman said that Amash convinced her to support an impeachment inquiry.

Cathy Garnaat, a Republican who supported Amash and the president said she was upset about Amash’s position but wanted to hear his reasoning. She said that she will definitely support Trump in 2020 but that Tuesday night was the first time she had heard that the Mueller report didn’t completely exonerate the president.

Cheryl Wanless, a Republican who has supported Amash, said she was confused by his position but after hearing him speak, doesn’t “have a problem proceeding with” impeachment.

“Though in the back of my mind, I know it is not going to pass the Senate most likely,” she said. “But if the process has to go this far, I think that’s fine — go ahead.”

Clearly, if one Trump supporter is ignorant of what the Mueller report says, many more likely are as well. And many could come around to support impeachment if they are properly informed. And that’s a good reason why House Democrats are taking their time to build an ironclad case for impeachment they can present to the American people in town halls across the country similar to Amash’s.