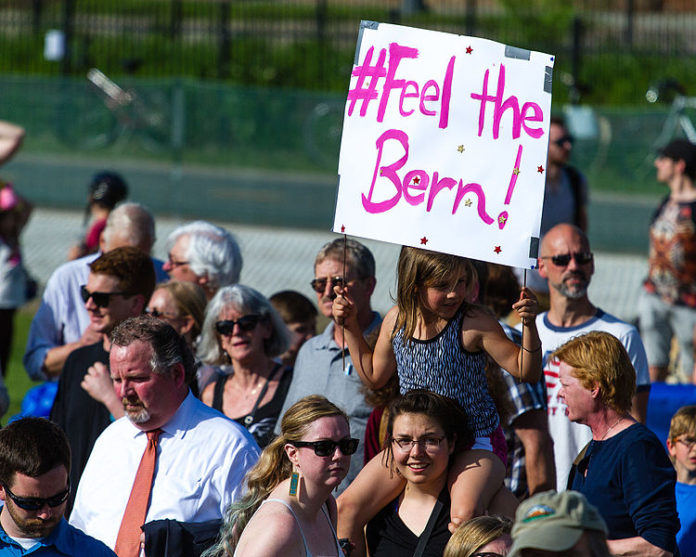 A man in North Carolina who voted for President Donald Trump in 2016 told C-SPAN this week that he is throwing his support to Senator Bernie Sanders (D-Vt.) after conceding that he is not better off under Trump.

Trump largely won the election because of Midwest states that believed he would help their economies recover. Instead, Trump’s trade wars have hurt farmers and manufacturing while his tax law has raised taxes on blue-collar workers who for some reason trusted that Trump would work for them.

Furthermore, Trump’s immoral and erratic behavior and pathological lying have also backfired on him.

Meanwhile, Democratic 2020 presidential candidate Bernie Sanders is gaining a lot of support across the country as his universal healthcare plan becomes more popular. Bernie’s support for a living wage and the Green New Deal are also helping him gain steam.

In 2016, Trump won the state of North Carolina by a narrow margin. But 2020 could see it flip to the Democratic candidate.

On Friday, a Trump voter in that state called in to C-SPAN to express his support for Bernie Sanders and explained why.

“For the last election, I trusted Trump,” he said. “I thought he is — he was going to throw a monkey wrench into the elite establishment and make America great again. I thought the whole economy would change across the spectrum. He lied. I am no better off. My friends who are regular workers are no better off. The Midwest… no better off. This year, if I don’t have someone to challenge him on the outside, I am voting for Bernie because he makes the most sense.”

The man went on to note that he’s paying more for his diabetic medicine because Trump failed to keep his promise to lower the cost of pharmaceuticals, which has only skyrocketed under his watch.

When asked what he considers the most important issue in America, the man said it’s healthcare because we’re all dead without it. And healthcare just so happens to be the issue Democrats are the strongest on and it’s the issue that propelled them to victory in 2018.