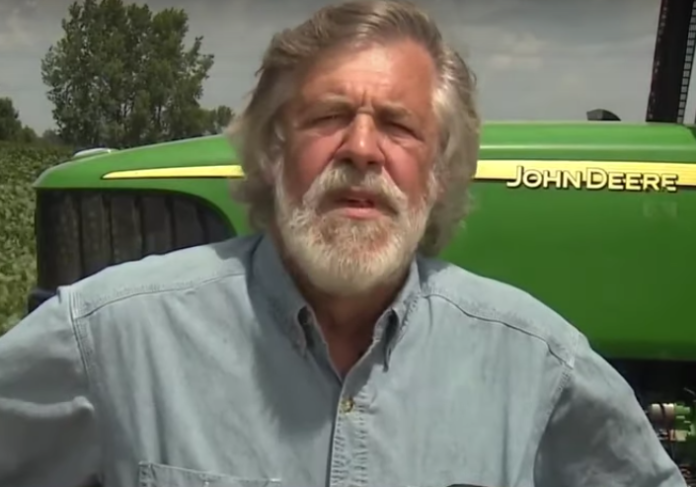 China’s recent decision to end all purchases of agriculture products from the United States is crippling farmers, which is why an Ohio farmer who voted for President Donald Trump won’t be voting for him in 2020.

Trump’s trade wars have cost farmers billions as he continues to insist that his tariffs are working. His recent announcement of a new tariff on electronics and shoes among many other products, resulted in China pulling their business entirely, a staggering $9 billion loss for the men and women who are necessary to produce our food supply. Even the Secretary of Agriculture admits that farmers are “casualties” of Trump’s folly.

One of those casualties is Ohio farmer Christopher Gribbs, whose soybeans have taken a nosedive in price since Trump began his obsession with slapping tariffs on everything. Now his crop doesn’t really make a profit.

“I was a Trump voter,” he admitted to CNBC this week. “I voted for the president.”

“We’ve lost our biggest export market and that was China,” Gribbs explained. “And that’s weighing on prices.”

Soybean prices now stand at $9 per bushel, which is the cost of production. Even if he sold all his soybeans right now, he wouldn’t make a profit.

“The geopolitical problems that we have with the Trump tariffs have weighed on market confidence and the market just can’t move,” Gribbs said. “It certainly frustrates me. He’s lost on trade in three different ways.”

“I couldn’t vote for him. I have to protect my business,” he said. “We need to get rid of this political turmoil that we have. The uncertainty and that’s what’s holding the markets down now.”

And the markets are only going to become more uncertain as tariffs take effect in September and result in higher prices on shoes and electronics in the United States. Major companies like Nike and Apple have already warned Trump that such a tariff will hurt the economy, but he doesn’t care.

If other farmers in Ohio feel the same way, Trump is in trouble since Ohio is a swing state he can’t afford to lose if he wants to be re-elected.

Many farmers in multiple states, including Missouri and Iowa, are also at least considering not voting for Trump, but most appear ready to let him keep screwing them over beyond 2020. However their fortunes are not likely to change, only worsen.

Trump keeps saying that he has helped farmers, but he really hasn’t. And the question is how much worse do things need to get for them before they stop supporting him?