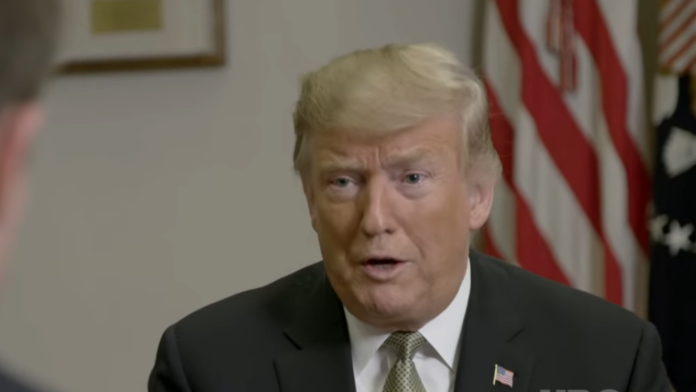 With the midterm election now just a week away, President Donald Trump declared Tuesday that he is about to sign a sweeping executive order that would end birthright citizenship, which currently allows children born in the United States to non-citizens automatic American citizenship.

Speaking with two reporters from Axios, Trump declared that he had the absolute right to end birthright citizenship, despite the fact that in doing so he would be in violation of the 14th Amendment to the U.S. Constitution:

“It was always told to me that you needed a constitutional amendment. Guess what? You don’t.

Federal courts, however, may disagree. The 14th Amendment clearly states:

Later in the interview, Trump resorted to his usual strategy of bending the truth to the point of breaking when he said:

“We’re the only country in the world where a person comes in and has a baby, and the baby is essentially a citizen of the United States … with all of those benefits. It’s ridiculous. And it has to end.”

The vast majority of legal scholars say no president has the right to revoke the protections guaranteed in the Constitution with an executive order, and any such order would immediately be appealed, eventually reaching the Supreme Court, where conservatives hold a 5-4 majority.

Despite Trump’s halfhearted calls for “unity” following the recent spate of pipe bombs mailed to his political opponents and the horrific mass shooting at a synagogue in Pittsburgh, the president’s actions prove that his real interest remains in further dividing this country into warring factions for his own nefarious political purposes.