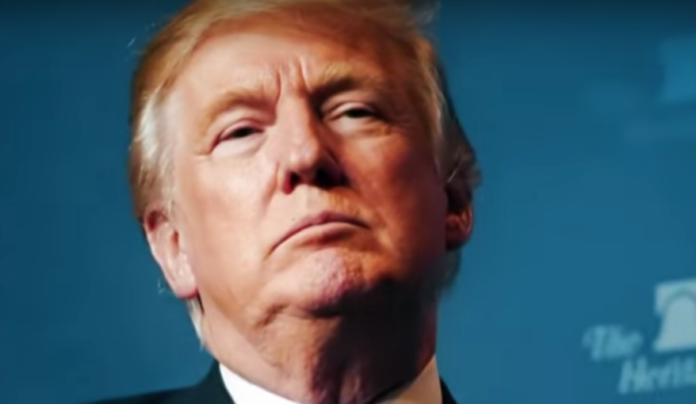 President Donald Trump whined about his two favorite obsessions on Tuesday morning: the Russia investigation, and how he’s being investigated instead of his 2016 Democratic opponent Hillary Clinton.

Fox News, undoubtedly knowing that Trump was watching, brought on several guests to suck up to him by questioning the legitimacy of Special Counsel Robert Mueller’s Russia probe, which is not over yet.

Trump began by quoting Fox judicial analyst Andrew Napolitano, who claimed the Justice Department is hiding “a treasure trove” of evidence against Clinton.

“He’s got a very good point. Somebody in the Justice Department has a treasure trove of evidence of Mrs. Clinton’s criminality at her own hands, or through others, that ought to be investigated. I fully agree with the President on that.” @judgenapolitano on @marthamaccallum Show

Once again, we should point out that Hillary Clinton was cleared by the FBI prior to Election Day in 2016. Also, there is obviously zero evidence to conclude that Hillary committed a crime, or someone would have charged her. Napolitano is making a slanderous claim that should get Fox sued.

Trump then moved on to quote George Washington University law professor Jonathan Turley, who apparently already concluded that Trump did not commit collusion or obstruction.

“I’ve been skeptical about the collusion and obstruction claims for the last year. I just don’t see the evidence….in terms of the collusion, it’s all a bit implausible based on the evidence we have.” Jonathan Turley on @FoxNews

Then Trump really got worked up by former Special Counsel Kenneth Starr’s analysis, even going so far as to put some words in ALL CAPS.

“We’ve seen NO EVIDENCE OF COLLUSION….I have seen nothing, the firing of James Comey and all of the aftermath, that suggests that the President has obstructed justice because he’s exercising his power as the President of the U.S. I just don’t see it.” Judge Ken Starr

Let’s not forget, as Starr apparently has, that Trump fired James Comey after the former FBI Director refused to drop an investigation against disgraced former National Security Adviser Michael Flynn. Flynn pled guilty and resigned as part of a plea deal with Mueller.

Trump also once ordered the Department of Justice fire Mueller, a move that would have killed the Russia investigation. If former President Bill Clinton had made such a move against Starr during the Whitewater investigation, Republicans would have cried foul.

In the end, Trump used all the quotes from the Fox talking heads to declare that the Russia investigation is a “witch hunt.”

Doesn’t Trump have presidential duties to attend to?

Because it seems like he would rather watch television and rage-tweet all day instead of getting off his ass and doing something to get Congress moving on gun control legislation. How about getting something done to prevent kids from dying instead of obsessing over Russia and Hillary Clinton? Where are the angry tweets urging Congress to act?

You won’t find any because Trump only cares about himself.