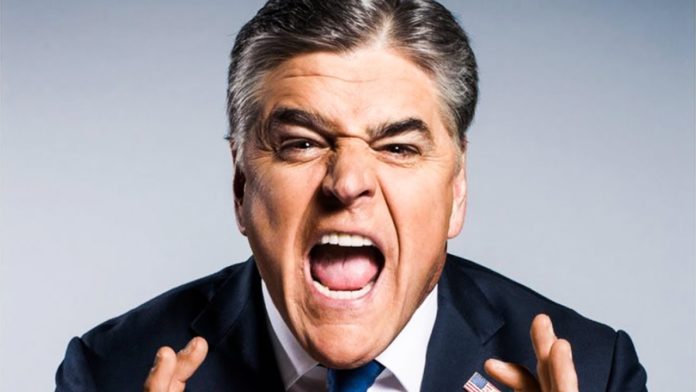 Minutes after it was announced Monday evening that bipartisan agreement had been reached on a border security deal that would prevent another government shutdown later this week, Fox News host Sean Hannity proclaimed the deal dead on arrival and all but demanded that President Donald Trump and Congressional Republicans reject it.

The legislation, which would provide $1.3 billion of funding for 55 miles of new fencing at the border in the Rio Grande Valley, was immediately proclaimed dead on arrival by Hannity, who told his viewers:

“I’m going to tell this tonight and we will get back into this tomorrow. Any Republican that supports this garbage compromise, you will have to explain.”

Cutting to a shot of the rally Trump held in El Paso Monday night, Hannity then added:

“Look at this crowd. Look at the country. Look at CBS News, even they say 72 percent of the American people want the heroin to stop, the cartels to stop, the gang members to stop, and those that wish us ill.”

Hannity conveniently neglected to mention another relevant number: 60 percent. That’s the number of Americans in a recent Gallup poll who said they opposed building a wall on the U.S.-Mexico border.

Will the president ignore Hannity and agree to the deal? CNN host Alisyn Camerota doesn’t think there’s a chance in hell of that. Co-host John Berman raised the issue Tuesday morning:

“The president does have an option, which is to stand up to Sean Hannity. That is always available to him. He doesn’t have to do what Sean Hannity says here. He could say, ‘We’re getting this barrier, it’s better for the 800,000 federal workers if they get paid.’”

Rep. Nita Lowey (D-NY) was also a guest on CNN Tuesday, and she said the bill was indeed a compromise by both sides:

“This is a compromise. No one got everything they wanted, but it does secure the border, it does represent our values.”

“This is a compromise. No one got everything they wanted, but it does secure the border, it does represent our values,” Rep. @NitaLowey, one of four lead bipartisan negotiators who say they reached an agreement in principle to avert a shutdown. https://t.co/6HQlTl2l32 pic.twitter.com/yFUmlL5RHF

However, it remains to be seen if Trump has the gumption and cojones to stand up to Sean Hannity and others in the far right media world who seem to actually be running this country.