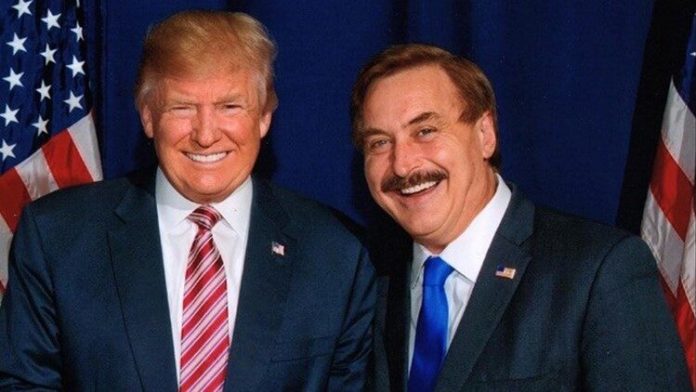 If you’ve watched cable news shows over the past few years, you’ve likely seen the commercials for MyPillow, which is the brainchild of Mike Lindell, who appears in the ads touting how wonderful his product is and how it’ll change the way you sleep.

Lindell has long been a fervent supporter of President Donald Trump, and has even touted his friendship with the president during appearances on Fox News, claiming that the tax cut bill passed in 2017 was a great thing for the country that had led to massive job creation, commenting:

“It’s President Trump. Who else is there that you can attribute it to? It’s him.”

So you have to wonder who exactly Lindell will blame for the fact that he just laid off 150 workers at his manufacturing facility in Shakopee, Minnesota, according to Fox 9:

Lindell says the layout of the Shakopee facilities will be changing as he prepares to launch MyStore.com, which will be an “online store for entrepreneurs and inventors to sell their products.”

And this isn’t the first time Lindell has let a large number of his employees go. Two years ago, he let 140 workers go from his facility in Chaska, Minnesota.

When contacted for comment, Lindell made it sound as if the setback is only temporary and he’d be hiring again soon if he manages to get his new business venture off the ground without it crashing like MyPillow:

“I value each and every one of my employees so this is a difficult decision, however this is what is best right now for the future of MyPillow and to prepare for the launch of MyStore.com. Once MyStore is up and running, we anticipate we will be hiring.”

Mike Lindell — and his employees — just found that out the hard way.