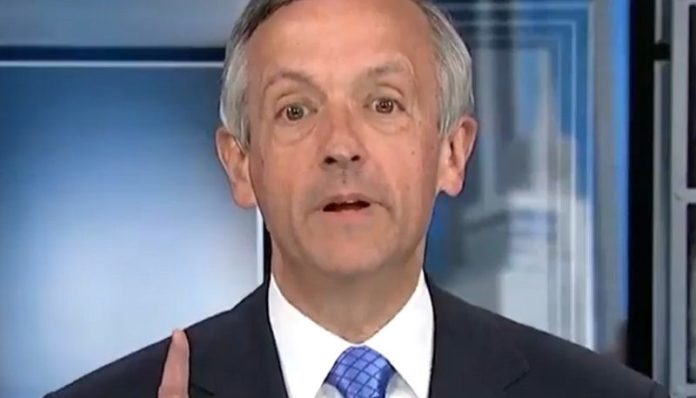 According to right-wing pastor Robert Jeffress, climate activist Greta Thunberg needs to stop worrying and protesting, read the Bible, and not worry about the “imaginary crisis” of global warming because God promised he would never destroy the world with water again.

During an appearance on Todd Starnes’ radio program Monday, Jeffress bragged about having just attended a speech President Donald Trump gave at the UN General Assembly on religious freedom:

“It was absolutely tremendous. The only thing more fun than listening to him is listening to the liberals whine that he had the audacity to skip the climate summit. I tell people all the time, ‘This president is brilliant.’ He decides to skip attending a session on an imaginary crisis—climate change—and instead he chooses to lead his own conference on a very real problem, global persecution.”

Global persecution? That doesn’t threaten to destroy the very planet we live on, but Jeffress, like so many evangelicals, isn’t a fan of facts or science.

“This whole global warming, tree-hugging fiasco. There is nothing to it. They may as well hold a commission hearing on the Tooth Fairy or Bigfoot.”

That sent Jeffress off on another Biblical rant:

“God said he created the environment to serve us, not for us to serve the environment. This Greta Thunberg, the 16 year-old, she was warning today about the mass extinction of humanity. Somebody needs to read poor Greta Genesis chapter 9 and tell her the next time she worries about global warming, just look at a rainbow; that’s God’s promise that the polar ice caps aren’t going to melt and flood the world again.”

However, it seems that Pastor Jeffress has conveniently forgotten this bit of scripture:

“You shall not pollute the land in which you live.”

That comes from Numbers 35:33, Pastor. Is that chapter in your Bible? Or do you just choose to believe part of what you read there?