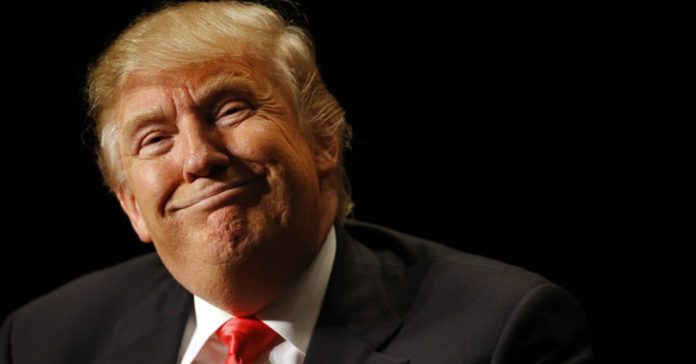 When the Trump administration submitted their 2020 budget to Congress this week, one portion of the spending plan which would raise defense spending (again!) and drastically cut social services such as Medicare and Medicaid, one item was a revived idea that failed last year.

Just as they did in the 2019 budget, the White House wants to replace SNAP food benefits — also know as food stamps — with boxes of canned goods called “Harvest Boxes,” HuffPost reports:

Last year when the idea was put forth, Rep. Jim McGovern (D-MA) called it “stupid.” And when then-budget chief Mick Mulvaney was asked during Congressional hearings about the cost and logistics of home delivering such canned goods, Mulvaney was unable to answer the question.

So, of course, if something was a stupid idea a year ago, you naturally revive it and place it in the budget again, right?

Asked Monday about details on the Harvest Box plan, an administration official remarked:

“The America’s Harvest Box proposal maintains our commitment to preventing hunger while significantly reducing the cost to taxpayers by combining the retail-based SNAP benefit with the direct provision of nutritious and 100 percent American grown USDA food package provided directly to households.”

What that official neglected to mention is that the Trump 2020 budget would slash food assistance by 30 percent.

The good news is that the cuts in social programs being proposed by the administration will never make it through the House of Representatives, which is controlled by Democrats. And when the plan was presented to a GOP-led Congress last year, it also failed to garner the necessary votes. Apparently, even Republicans think the Harvest Box proposal is a loser.

“It’s not clear why they would re-propose such a flawed and harmful idea.”

Actually, it’s crystal clear: Republicans don’t give a damn about the less fortunate who are trying to feed themselves and their families. They only want to give government money to millionaires and billionaires. The rest of us, to borrow a line from Marie Antoinette, can eat cake.