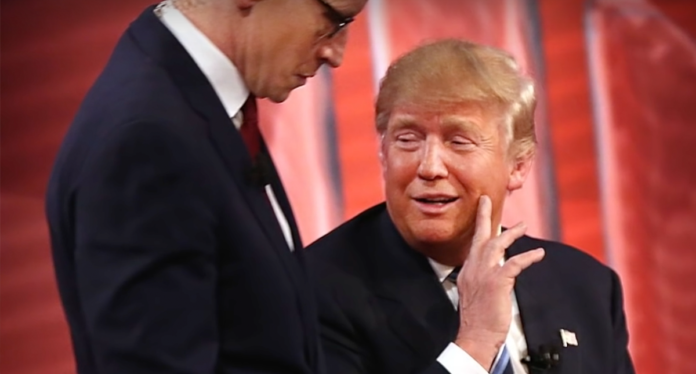 Trump has a whole lot to worry about right now. His mental health has been called into question repeatedly, with calls to enact the 25th Amendment coming from many voices, including a multimillion-dollar campaign, needtoimpeach.com. Then there’s the Russian probe, which appears to be closing in at a fast clip. But would you believe that Trump’s greatest worry may be something else entirely?

Greg Valliere is Chief Global Strategist at Horizon Investments. He’s widely followed for his commentary on Washington and Wall Street. Valliere believes that Trump’s most significant risk is his physical health.

Here is the breakdown from CNBC. Looks like Trump, already displaying erratic behaviors on Twitter and in his interactions with White House staff, has some other habits that need changing too.

– Trump is “at least 50 pounds overweight,” an estimate that may be a bit of an overshot.

– During a taping with Dr. Oz during the 2016 campaign, Trump was found to be 6 feet 3 inches tall and weigh 236 pounds. This measurement would put him right on the border of “obese,” with a body mass index of 29.5, meaning he would need to lose 36 pounds to get to a “normal” BMI.

– He “loathes exercise,” uses a cart for golf and struggled to walk up a hill during the last G-10 meeting.

– A Secret Service agent source of Valliere’s professed that “he has never seen anyone with worse dietary habits” and “never saw him eat a piece of fruit.”

– The president only sleeps four hours a night, is “angry most of the time” and “profanely berates aides.”

– “He has not, to our knowledge, had a physical in over a year, or if he has, the results have not been disclosed,” commend Valliere

Trump’s diet has been the subject of a video by Business Insider. Check it out below:

All that Mar-a-Lago chocolate cake can’t help either. Funny Or Die did a hilarious mock commercial about it below:

Way back in May, Greg Valliere noted that some Republicans were beginning to worry Trump was “radioactive.” When asked then if the media had created problems for Trump, he said, “I’d say most of Trump’s problems are self-inflicted.” That would certainly include his diet.

Even so, Valliere has also predicted that Trump could go on to win a second presidential election in 2020. At the October 25 Yahoo Finance All-Markets Summit, he made this comment:

“Who’s going to beat him for the [Republican] nomination?” Valliere said at the summit. “Kasich? He lost every primary except Ohio. I think [Trump’s] the nominee if [he] wants it. Then you have to say, ‘If the [Democratic] front-runner is Bernie Sanders, who’s 76, or Joe Biden, who will turn 75 next month, Trump has a chance.’ ”

So if Trump manages to slide through without being impeached somehow, and if his mental and physical health allows, he could continue to affect the psychological and physical health of all progressives well into the future. In that horrific case, we might all need to partake in a whole lot more comfort food ourselves.