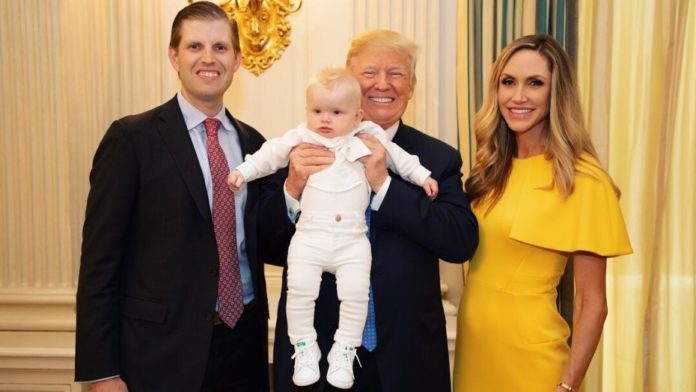 If you were wondering exactly why President Donald Trump’s poll numbers are low against nearly every Democrat seeking to face him in the 2020 election, his daughter-in-law, Lara Trump, says it’s all because people are “more afraid” to admit they support the sitting president than they were in 2016.

During an appearance on Fox News Friday, Lara Trump was asked by host Bill Hemmer why every recent poll shows the incumbent president losing badly to the top tier of Democratic candidates. She responded:

“Yeah, you know what Bill, this is the same thing we saw in 2016. The polls have never accurately reflected how people feel about this president, especially now.

“I think people are more afraid now to voice their support for President Trump than they were when he was just a candidate in 2016.”

“Hillary Clinton was supposed to win.

“We don’t put a lot of weight in those kind of polls.”

Lara Trump explains away bad polls by saying that people are “more afraid” to vocally support Trump now than they were in 2016 pic.twitter.com/vXtM55TpRu

Not to worry, according to Lara Trump, who is married to Eric Trump, because Thursday evening’s Democratic debate proved none of the president’s potential opponents are a threat:

“I really didn’t see anyone that worries us at the Trump campaign.

“All you heard was [Democratic candidates] trying to bash the president, call him a racist, call him a white supremacist, blame him for the shootings in Texas recently, which is disgusting.”

Mrs. Trump ended her interview on Fox by remarking:

“It probably didn’t change many people’s minds if they liked Donald Trump. Or if they even thought for a second about the fact that this economy and the country is working for them, they’re going to want to keep Donald Trump in there.”

The economy is working for people? Tell that to farmers who are going bankrupt due to retaliatory tariffs from China on American agricultural goods or those who work in manufacturing and are losing their jobs because of that same trade and tariff war. Or tell it to the American people, who will have to pay at least an extra $1,000 this year when they go to the store thanks to the president’s trade policies.

Trump’s poll numbers are low because the majority of Americans are tired of his endless insults, his lack of comprehension on nearly every issue that confronts the country, and the way he’s profiting off being head of state. If they’re “afraid” of anything, it’s that Donald Trump might somehow manage to win a second term.