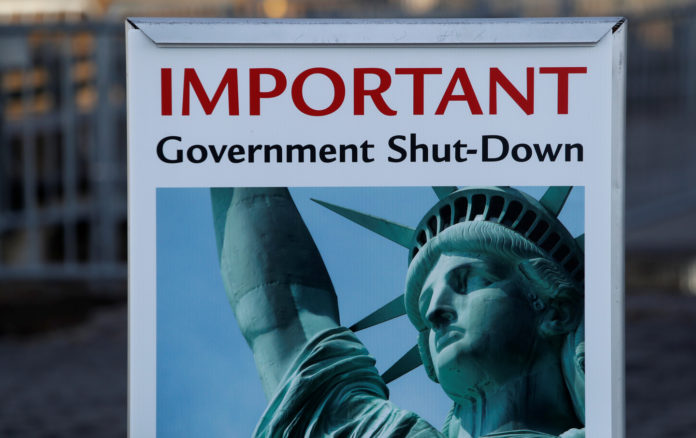 The government shutdown which ended Friday cost the United States economy at least $6 billion and may have long-term negative effects on markets, according to S&P Global Ratings.

As the Hill reports, much of the financial damage is the result of lost economic activity:

“The economic hit stems from a loss of productivity and and economic activity lost to outside business during the shutdown, which ended on its 35th day on Friday.”

All of this just so President Donald Trump could try and hold the country hostage for $5.7 billion in funds to build a wall which he has yet to receive.

S&P also noted Friday that markets remain spooked by the possibility the government will shut down yet again when a temporary spending package expires on February 13:

“Although this shutdown has ended, little agreement on Capitol Hill will likely weigh on business confidence and financial market sentiments.”

Just this week, Larry Kudlow, who serves as a top economic adviser to President Trump, downplayed the economic impact of the shutdown:

“When the government reopens – and I’m not here to negotiate; I’m not going to make a prediction, that’s up to the president – you will see an immediate snapback.”

Kudlow also asserted that federal workers were happy to donate their services during the shutdown:

“They honor us and they do it because of their love for their country and the office of the presidency and presumably their allegiance to President Trump. They’re doing it. Give them some credit. There are a lot of wonderful people in this country.”

Trump was on Twitter Saturday morning, rage tweeting about the need for border security and a wall:

21 days goes very quickly. Negotiations with Democrats will start immediately. Will not be easy to make a deal, both parties very dug in. The case for National Security has been greatly enhanced by what has been happening at the Border & through dialogue. We will build the Wall!

We have turned away, at great expense, two major Caravans, but a big one has now formed and is coming. At least 8000 people! If we had a powerful Wall, they wouldn’t even try to make the long and dangerous journey. Build the Wall and Crime will Fall!

That kind of intransigence from Trump could well send the stock market plummeting on Monday. Only time will tell.