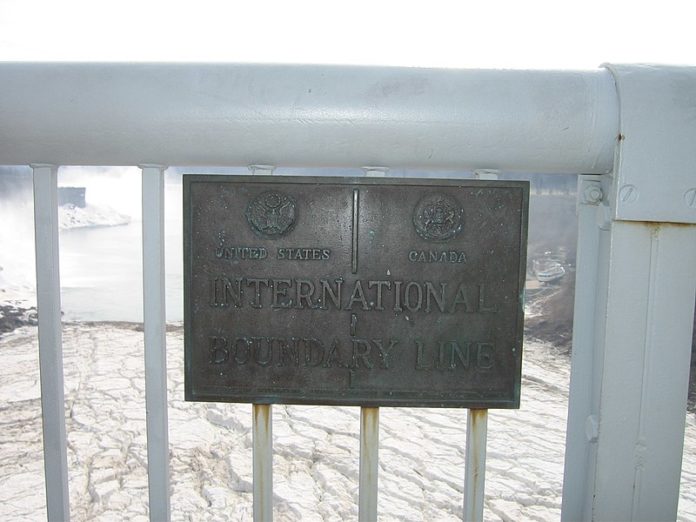 As President Donald Trump’s deportation squads sweep across the United States, thousands of people are seeking refuge in Canada, overwhelming a nation that is not used to dealing with such a crisis.

Ever since he took office, Trump has made it clear that immigrants from many countries are not welcome in the United States. In January, he specifically targeted immigrants from Haiti, El Salvador and African countries when he rejected a bipartisan immigration bill and referred to those nations as “sh*thole countries.”

That brings us to Immigration and Customs Enforcement, an agency that has seemingly become nothing more than Trump’s personal anti-immigration force, which often violates constitutional rights and due process, according to some, in their effort to arrest and deport undocumented immigrants.

In recent months, ICE has conducted raids in major immigrant communities with sanctuary cities, particularly in California, a state that Trump and his administration has been targeting for a while now and is now suing because state and local laws prevent ICE agents from raiding businesses and arresting people without due process.

But Trump and his deportation squads have created a fearful atmosphere in the United States that is leading to an immigration crisis in Canada. Throughout the history of our nation, we have never seen people flee America en masse out of fear for their lives. But that’s exactly what is happening now.

More than 20,000 people, including thousands of Haitians and Nigerians and hundreds of Turks, Syrians and Eritreans, have crossed the border into Canada illegally over the past year in search of asylum, many fleeing in fear that Trump would deport them to their home countries.

This unexpected northward migration has overwhelmed Canada’s system for processing asylum claims, leading to the worst delays in years. Aid agencies are also struggling to house asylum-seekers because of a shortage of accommodation in the four cities most affected by the migration wave – Toronto, Montreal, Winnipeg and Vancouver.

So many refugees have entered Canada in recent months that the federal government and dozens of organizations that provide support for refugees are struggling. In fact, one organization, the Inland Refugee Society of British Columbia, was forced to actually turn away refugees for the first time in its 35-year history because of a lack of resources.

To deal with the crisis, organizations have been forced to house refugees in hotels and stadiums, and are begging for increased funding as the application process faces unprecedented delays.

Toronto city councilor Kristyn Wong-Tam called the situation “absolutely unsustainable,” but refuses to say no to the people in need of asylum.

“We are not saying ‘No’ to refugees,” she said. “We are saying, ‘Absolutely: Come and live in Toronto. Build your life in Toronto.’ But we cannot do this without the support of other orders of government.”

That means the Canadian government will have to step up and approve the necessary funding and resources to make sure the nation can handle the refugee crisis properly.

And while the Canadian government is reluctant to call out the United States and Trump for causing the crisis, presumably out of concern that Trump will lash out and seek to punish Canada in some way, some Canadians know that Trump is at fault.

“We know the numbers have increased because of what’s going on in the U.S.,” said Meb Rashid, a doctor based in Toronto.

Again, Trump’s deportation squads have scared families into fleeing the United States, even some who have been here for many years. And the numbers will only continue to rise as the weather gets warmer.

“There is an expectation the numbers will go up … as the weather gets better,” an anonymous source told Reuters. “And who knows what the next order coming from down south will be?”

But despite the increased immigration and the hardships that have arisen because of what Trump is doing, Immigration and Refugee Minister Ahmed Hussen says Canada intends to take on the challenge, all while being humane and compassionate, both of which Trump is clearly incapable of feeling.