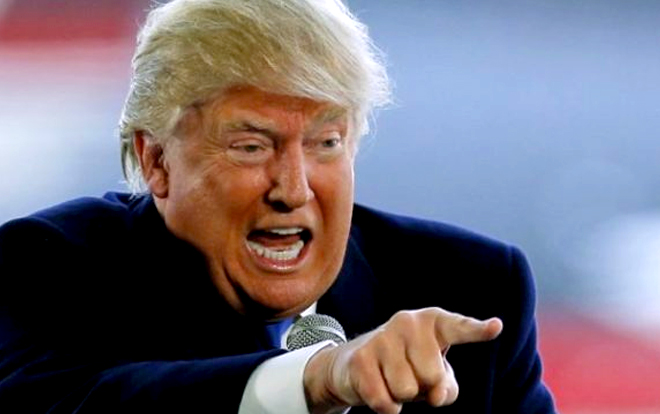 California has not executed a prisoner since 2006, yet Trump is upset because the state has suspended the death penalty.

“Our death penalty system has been — by any measure — a failure,” Newsom said in a statement according to the Los Angeles Times. “It has discriminated against defendants who are mentally ill, black and brown, or can’t afford expensive legal representation. It has provided no public safety benefit or value as a deterrent. It has wasted billions of taxpayer dollars.”

“I do not believe that a civilized society can claim to be a leader in the world as long as its government continues to sanction the premeditated and discriminatory execution of its people,” Newsom continued. “In short, the death penalty is inconsistent with our bedrock values and strikes at the very heart of what it means to be a Californian.”

Defying voters, the Governor of California will halt all death penalty executions of 737 stone cold killers. Friends and families of the always forgotten VICTIMS are not thrilled, and neither am I!

The victims have not been forgotten since Newsom’s order does not change the verdicts against the inmates and they will remain in prison for the rest of their lives.

What this order does is prevent potentially innocent prisoners from being put to death, something Twitter users reminded Trump when they threw the Central Park Five in his face.

Trump called for reinstating the death penalty in New York after five black men and one Latino man were arrested and found guilty of rape. They spent several years in prison before DNA and a confession by another man exonerated them. If Trump had his way, all five of these innocent men would have been executed. And despite the evidence clearing them, Trump still thinks they are guilty.

Twitter users also slammed Trump for not focusing on real problems and called out his hypocrisy when it comes to “defying voters.”

You wanted black persons executed and they were found innocent. Go to hell!

It’s not the California 737 but the Boeing 737 that needs your attention.

We have not forgotten Central Park 5.

This is coming from the person who once took out a full-page ad in the New York Daily News calling on the state to “BRING BACK” the death penalty to execute five black guys who turned out to be innocent. pic.twitter.com/ugewyyhgQV

so sorry to hear that Demented President Grandpa™ is being denied the bloodthirsty spectacle of state-sponsored killing, but I’ll bet you could build a really neat electric chair out of Legos — and it might actually keep you quiet for the rest of the morning

“Defying voters” is your modus operandi.

A majority of Americans don’t want a wall—you shut down the government over it.

A majority of Americans opposed the GOP tax bill—you made it law.

You don’t govern for the people, you govern in spite of them.https://t.co/N3c0og7unr

As the granddaughter of a victim, I would prefer someone NOT to die for something they cannot be 100% without all doubt proven to be the perpetrator. If that means people remain in jail for the rest of their lives, I’m OK with that.

Speaking of defying voters, you lost the popular vote to the great, inspiring, trailblazing @HillaryClinton by 3 million at least. You also have declared a national emergency against the wishes of the majority of voters. Your squatting in the White House defies voters.

As “stone cold” as the Central Park Five, you racist dumpster fire?

You took a full page add out against five African American teenagers who were ultimately exonerated, and you never apologized or even admitted that you were wrong.

On July 16, 2014, federal judge Cormac J. Carney of the United States District Court ruled that California’s death penalty system is unconstitutional because it is arbitrary and plagued with delay. The state has not executed a prisoner since 2006

Trump has been targeting California because the state did not vote for him in 2016.