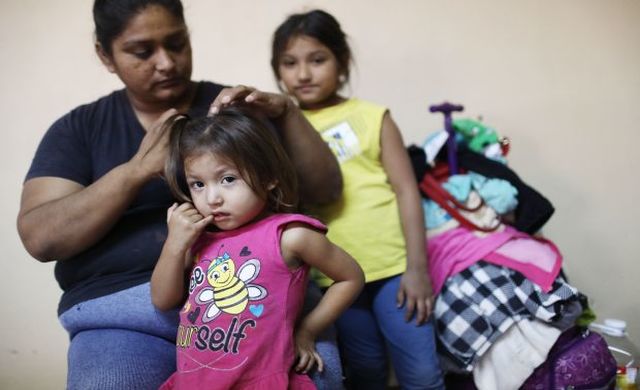 President Donald Trump issued a directive Monday night that mandates several new rules for immigrants seeking asylum in the United States, including that all migrants pay a fee for the right to have their asylum applications considered.

“The measures, outlined in a presidential memorandum, include the introduction of a fee for asylum applications and banning asylum seekers who’ve entered the U.S. illegally from receiving work permits. The memo also calls for the adjudication of asylum applications within 180 days.

“The new rules, Trump said, are aimed at safeguarding ‘our system against rampant abuse of our asylum process.'”

If the Democrats don’t give us the votes to change our weak, ineffective and dangerous Immigration Laws, we must fight hard for these votes in the 2020 Election!

Currently, those seeking asylum in the United States pay no fee for filing their application, and immigration experts warn that even a small fee could be an impossibility for many migrants who are seeking refuge. Also, the vast majority of countries don’t charge a fee to those who seek asylum. Victoria Neilson, a former official at U.S. Citizenship and Immigration Services, remarked:

“The majority of people coming to the United States seeking asylum are coming with little more than the shirts on their back.”

The provision which bans those seeking asylum from obtaining work permits is also counterproductive, according to Michelle Brané of the Women’s Refugee Commission.

“The entire idea of asylum is that it’s something that you need because you are fleeing some sort of violence or persecution, and to then say that it’s only accessible to people who can pay a fee doesn’t make sense.

“All of it has been aimed at reducing the number of people who can access the system as opposed to reducing the need for asylum by addressing root causes.”

The president is directing Attorney General William Barr and Acting Homeland Security Secretary Kevin McAleenan to implement the new asylum regulations within 90 days, but immigration advocates are expected to challenge the measures in court as unconstitutional and an undue burden on immigrants.