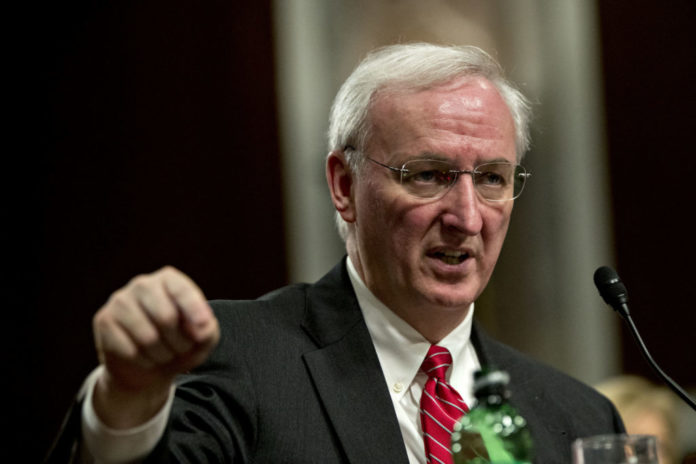 On Wednesday, the man nominated to serve as the next Deputy Attorney General of the Department of Justice — a position currently held by Rod Rosenstein — had the first day of his confirmation hearing before the Senate Judiciary Committee, and based on the responses he gave to the issue of school desegregation, it’s clear why President Donald Trump picked him to be the second-most powerful person at the Department of Justice.

Jeffrey Rosen was asked by Senator Richard Blumenthal (D-CT) about the landmark Supreme Court ruling Brown v. Board of Education which found that segregation in public education was unconstitutional. Specifically, Senator Blumenthal asked:

“Was Brown v. Board of Education correctly decided?”

“Senator, I don’t think that it would be a productive exercise for me to go through the most–thousands of Supreme Court opinions and say which ones are right and which ones are wrong.”

“These are pretty simple questions. They’re answerable by yes or no. Most lawyers, I suspect, would agree based on knowledge of the law that these two cases, pillars of our jurisprudence, were correctly decided by the United States Supreme Court.”

“I, um, I have views about lots of Supreme Court cases, but I’m not being nominated for this position to be the Solicitor General nor a judge and I think in this context the point I’m trying to make is that, whatever the law is, whether it’s a decision I would favor or disfavor, I see it as the role of the Department of Justice to uphold the law such as it is, unless Congress or the courts change it.”

As we witnessed over the past two days, Trump’s handpicked AG, William Barr, is only too happy to protect this president at any cost to his own already sullied reputation. And now Trump wants to place Jeffrey Rosen at the DOJ to be Barr’s deputy, and yet Rosen refuses to say whether or not segregation in education (and by extension in all of society) is wrong and a violation of the Constitution.

Though it seems unlikely Rosen’s nomination will be defeated in the GOP-controlled Senate, it certainly should be. Anyone who refuses to defend the right of all people to have equality in education is unfit for any position in government.