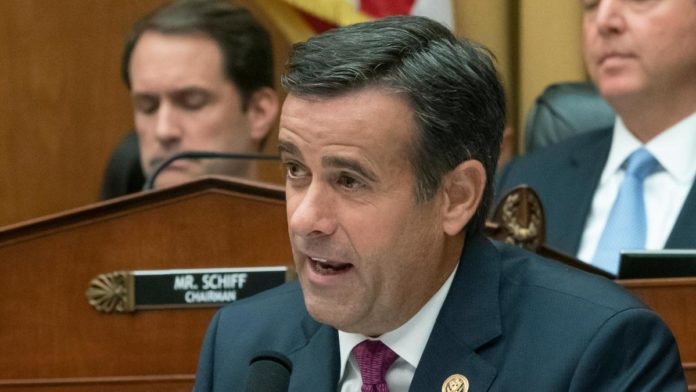 Just 24 hours after President Donald Trump named him to be the next director of national intelligence, Rep. John Ratcliffe’s (R-TX) nomination may already be in trouble because he’s been caught fudging his résumé.

A report from NBC News on Ratcliffe notes that his biography is relatively impressive at first:

[John] Ratcliffe, 53, has little experience in national security or intelligence. He was elected in 2014 with the support of the Tea Party, ousting 91-year-old incumbent Republican Ralph Hall. Ratcliffe had been the mayor of Heath, Texas — population 7,000 — from 2004 to 2012. During that time, Ratcliffe became a federal prosecutor, named chief of anti-terrorism and national security for the Eastern District of Texas. In 2007, Ratcliffe was named the district’s acting U.S. attorney by President George W. Bush.

Although Ratcliffe’s website says he “put terrorists in prison,” there is no evidence he ever prosecuted a terrorism case.

He convicted individuals who were funneling money to Hamas behind the front of a charitable organization.

While he was U.S. attorney in East Texas, Ratcliffe was appointed as a special prosecutor in a terrorism funding case in Dallas, U.S. v. Holy Land Foundation, in which a Muslim charity was found guilty of funneling money to the Palestinian terror group. But Ratcliffe’s name does not appear in the Holy Land trial record.

Oops! Guess Congressman Ratcliffe thought no one would bother to actually do some fact checking and make sure he was telling the truth, which he clearly wasn’t.

And that’s not the only problem Ratcliffe’s nomination is facing, as key Republicans in the Senate are less than impressed with him and aren’t exactly thrilled that he’s the nominee. As a matter of fact, some of them know almost nothing about him, according to the New York Times:

Republicans on the Senate Intelligence Committee, including its chairman, Richard M. Burr of North Carolina, said they were unfamiliar with the congressman. “I don’t know John Ratcliffe,” Mr. Burr said. “I talked to him on the phone last night — it’s the first contact I’ve ever had with him. I look forward to getting to know him, and if I get an official nomination, I’ll process it through the committee.”

Another Republican committee member, Senator Susan Collins of Maine, who helped craft the 2004 law that created the position of director of national intelligence, said the job should be filled by someone “with the integrity and skill and ability to bring all the members of the intelligence community together.”

In other words, Ratcliffe is a liar who isn’t qualified for the job he’s seeking. That would make him exactly the same as the man who nominated him.