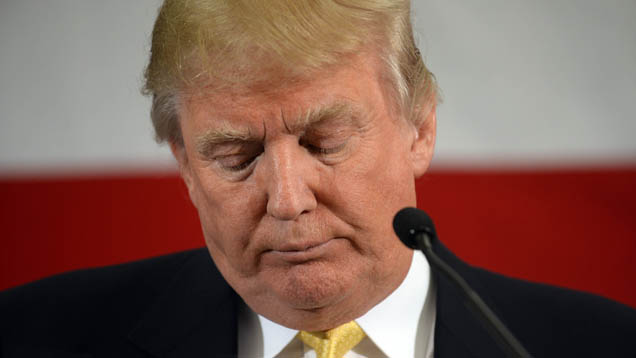 On the eve of the release of the redacted version of the Mueller report from Attorney General William Barr, President Donald Trump got some very bad news in the form of a Monmouth University national poll.

While Trump’s overall approval rating remains mired in the low 40s, another number found in the poll will be of special concern to the White House: The number of those surveyed who think that the U.S. economy is on the right track has dropped from 40% in June of 2018 to 28% in April 2019:

The number of those surveyed who say the economy is on the wrong track has risen from 53 percent to 62 percent, proving that while Trump loves to brag about how great the job numbers are each month, most voters do not feel better about the overall strength of the American economy.

And of course we also have the Mueller report coming on Thursday, which may well prove that the president obstructed justice on multiple occasions. That alone could also send Trump’s overall poll numbers into a nosedive.

Earlier today, Trump bragged that he was going to destroy his Democratic opponent in 2020:

I believe it will be Crazy Bernie Sanders vs. Sleepy Joe Biden as the two finalists to run against maybe the best Economy in the history of our Country (and MANY other great things)! I look forward to facing whoever it may be. May God Rest Their Soul!

But the fact that most Americans are unhappy with the supposed cornerstone of Trump’s re-election effort — the economy — is not good news for the president, and it suggests that his prospects in 2020 could be fading by the day, especially if the Mueller report is filled with instances of Trump’s breaking the law. He might not even make it to 2020 and face impeachment hearings in the House.

Things are only getting worse for this president.